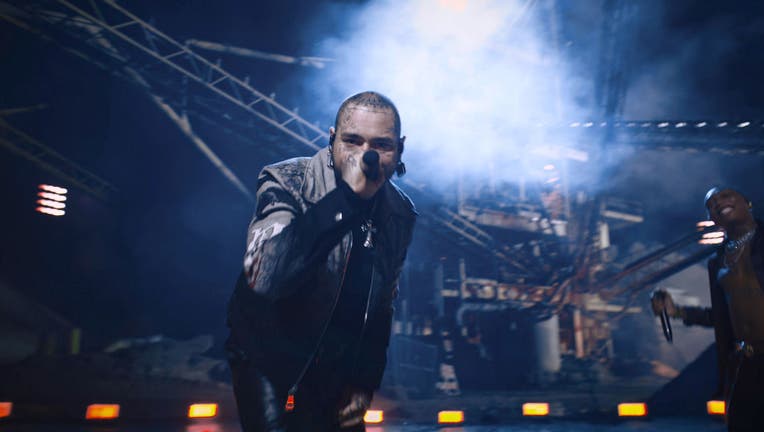 ST. LOUIS - Rapper Post Malone said "everything is good" after taking a tumble on stage while performing in St. Louis, Missouri, Saturday night at Enterprise Center.

He also explained how the fall happened, saying that during part of the show, he forgot there was a stage opening for the lower instruments.

Video of the fall circulated on social media. While he was singing "Circles," the rapper tumbled, fell flat on the stage and started moving, presumably in pain. The music stopped as stage handlers rushed to help him.

According to the St. Louis Dispatch, the singer got up and was escorted from the stage. He returned and managed to sing a few more songs while holding his ribs.

In a video message posted Sunday, Post Malone said the fall left him "winded" and "got him pretty good."

Malone said he went to the hospital.

"We just got back from the hospital and everything's good," he posted on Twitter. "They gave me some pain meds and everything so we can just keep kicking a** on the tour."

"I just want to apologize to everyone in St. Louis and thank you guys so much for coming out to to the show and next time I'm around this way we're going to do a two-hour show so we can make up for the couple of songs we missed," he continued.