A rare, pumpkin-colored lobster is getting a new home at a Valley aquarium. FOX 10's Ty Brennan visits OdySea Aquarium to find out more.

SCOTTSDALE, Ariz. - A rare orange lobster has found a home at an Arizona aquarium instead of becoming someone’s dinner.

The unique lobster was discovered over the summer by staff at the Japanese restaurant Nobu in Scottsdale, FOX 10's Ty Brennan reported on Sept. 27.

The restaurant staff contacted the Odysea Aquarium and ultimately donated the crustacean.

Dave Peranteau, Odysea’s director of animal care, said the chance of finding an orange lobster in the wild is one in 30 million and the aquarium is really fortunate to have it in its collection now.

"We are grateful to Nobu for recognizing the lobster's significance and reaching out to us regarding this incredible ambassador for its species," said Peranteau. 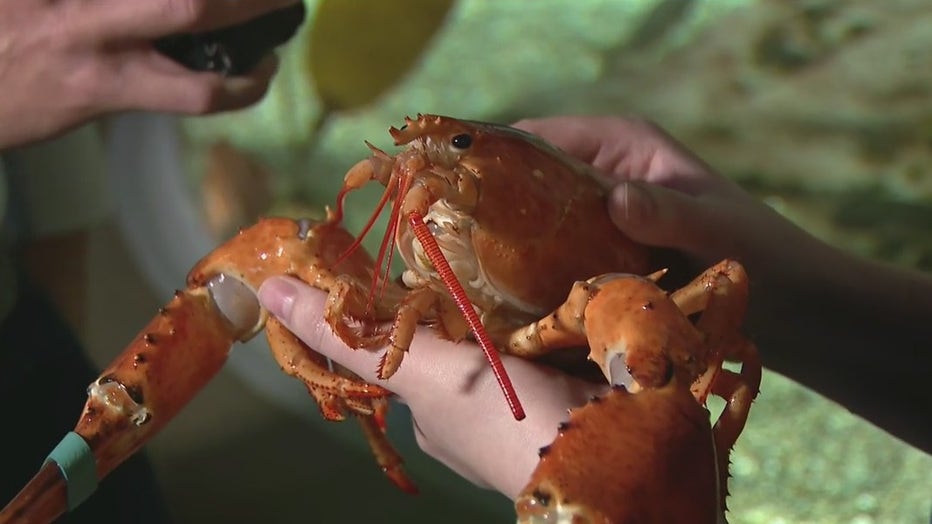 A rare orange lobster has found a home at an Arizona aquarium instead of becoming someone’s dinner.

Due to its bright coloring, experts say the lobster would be considered an easy target for predators in the wild.

They also say lobsters can live up to 100 years and grow to more than 3 feet (about 1 meter) long and weigh more than 40 pounds.

The unnamed lobster is currently being cared for behind the scenes while the aquarium’s staff prepares its habitat.