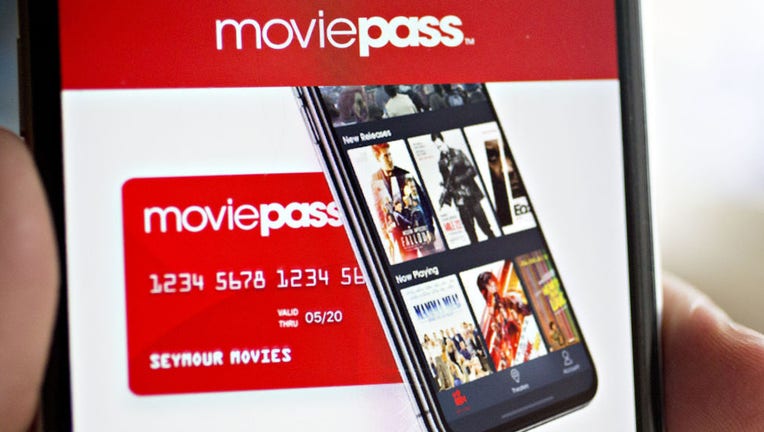 The MoviePass website is displayed on an Apple Inc. iPhone in an arranged photograph taken in Washington, D.C., U.S., on Friday, Aug. 17, 2018. (Andrew Harrer/Bloomberg via Getty Images)

A once-popular movie subscription service is making a return for film enthusiasts before the end of the summer.

MoviePass is launching a new beta app available through invite only with a five-day waitlist that starts at 9 a.m. ET Thursday, Aug. 25, and closes at 11:59 p.m. ET on Aug. 29.

In February, MoviePass announced plans for its relaunch for the summer with a few changes. CEO Stacy Spikes said customers will not have unlimited movies anymore. However, customers can buy credits to redeem for movie showings.

A MoviePass spokesperson tells FOX Television Stations Tuesday that more information will be provided closer to the launch in early September.

How does the MoviePass service work?

Users can sign up for free by providing their email addresses and zip code. MoviePass will contact individuals on Labor Day (September 5) when the service begins.

The company shared on their website that prices may vary depending on each market, but the general prices to watch a movie will be $10, $20, or $30 a month. Each subscription option will give fans several credits to use each month to watch a film.

Before the relaunch, the movie ticket service previously allowed its subscribers to purchase passes each month for a $10 fee.

RELATED: MoviePass is back, and this time wants to track your eyeballs

According to the company’s website, people who join the waitlist will get access to the service and approximately 10 friend invites. Once the waitlist closes, the only way someone can join is through an invite from a friend.

Business Insider reported Monday that MoviePass is unveiling a new black card that replaces the red version the company once used.

What happened to MoviePass?

The MoviePass movie ticket subscription service was founded in 2011 and allowed subscribers to buy up to three movie tickets per month for a small fee.

MoviePass drew in millions of subscribers, initially luring them with a $10 monthly rate. But that proved unsustainable. Because MoviePass typically paid theaters the full cost of tickets — $15 or more in big cities — a single movie could put the service in the red. The company was forced to make changes. Those efforts, however, never stopped the losses.

Helios and Matheson Analytics, the parent company of MoviePass at the time, pulled the plug in 2019 after its efforts to seek financing were unsuccessful.

FOX13 Tampa, FOX News, and the Associated Press contributed to this story. This story was reported from Washington, D.C.