Gilbert residents discovered that many of the trees that survived the first storm couldn't hold on for the second one Saturday night.

GILBERT, Ariz. - Monsoon storms swept through the Valley on Friday night, taking down trees, trampolines, and causing all kinds of damage to property.

Fast forward to Sunday morning, and people discovered that many of the trees that survived the first storm couldn't hold on for the second.

After landscapers cut up downed trees from the Friday night storm, and homeowners cleared out the brush, Saturday night winds toppled more trees into the pile. 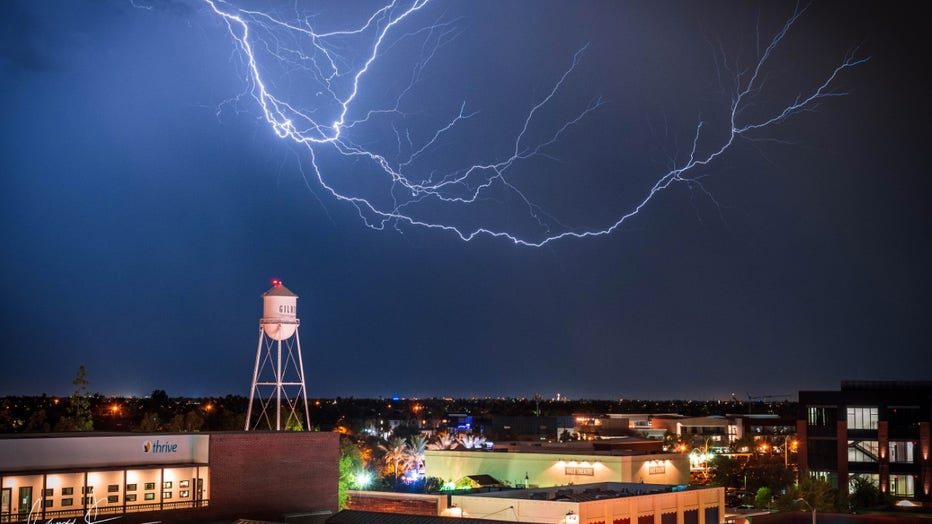 Downtown Gilbert during a July 10 monsoon. Photo by James Keeling

"It shook my whole roof," said Gilbert resident Marlo Wright. "It was scary."

"The uprooting - that’s what’s so devastating," Marlo said. "They grow for so long and then they snap like a toothpick."

One Palo Verde tree snapped off from the severe weather. The winds then lifted it up and dropped the trunk about six feet away from where it once stood.

"It was non-stop, I was almost afraid to be outside, said resident Gene Panariello. "I could not see 5 feet in front of me. That’s how crazy it was."

In some areas, rain barely fell. In others, it came down in buckets.

"It sad to see all the trees, all the destruction, it’s sad," said resident Victoria Jacques.

Victoria and Marlo went on another morning jog Sunday to see what was left behind, taking photos next to 30-foot trees. They said the hardware store lines were long Saturday morning after the first monsoon.

"All these guys were there buying saws, tools to cut up the branches, all the tools to clean up," Jacques said. "So they’re getting their money’s worth today."

Two mornings of cutting and cleaning in the excessive heat. Everyone is here hoping there isn’t a third.

Monsoon storms sweep Arizona for the second night in a row

High winds knocked out power to thousands of homes across the Valley Saturday night, leaving behind even more damage than before. FOX 10's Steve Nielsen was in Chandler with the latest.