TAMPA, Fla. - Elias Quezada is an inquisitive 7-year-old. On Tuesday, he hid inside of a garbage can. A few minutes later, the garbage truck arrived at his house on Neving Avenue in north Tampa.

Quezada's grandmother, who was in the house, heard him scream.

"I thought that Elias was under the wheels," Carmen Salazar told FOX 13. "That he had been hit or something."

Actually, the garbage truck had picked up the can -- with Elias and the trash in it -- and dumped it all into the back of the truck.

"Were you scared," we asked. "Yes," he replied, "because I thought I was going to be a mashed potato." 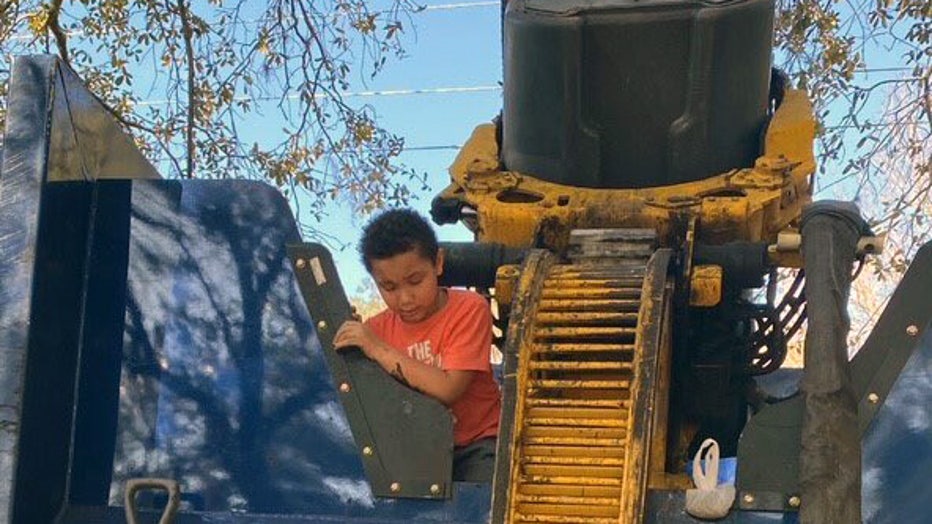 Elias, moments after his close call.

It's a good thing that the driver, Waldo Fidele, was a quick thinker or Elias would have probably been killed. As the arm of the truck was picking up the can, Fidele checked his surveillance camera and saw Elias get dumped in. With no time to spare, he deactivated the blade that is used to chop up the refuse.

You might say it was a bad situation that turned out to be a very good day because of Fidele’s potentially life-saving reaction. 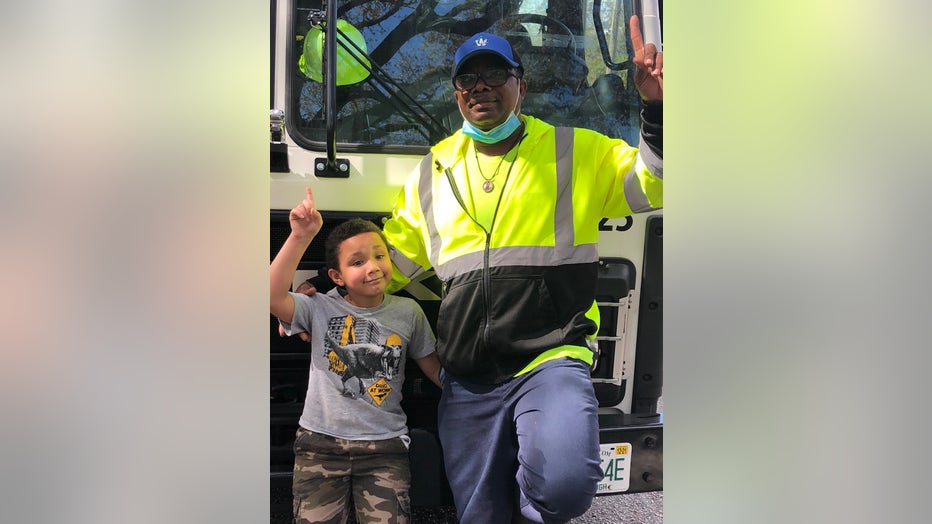 Waldo and Elias are all smiles, now.

"He is a hero," said Joe Munoz, the driver’s manager at Waste Connections of Florida.

After a death-defying episode like that, we had to ask Elias would ever jump into another garbage can. He said no, but added, "Unless it’s like a tiny trash can that’s inside the house. That might be fine."