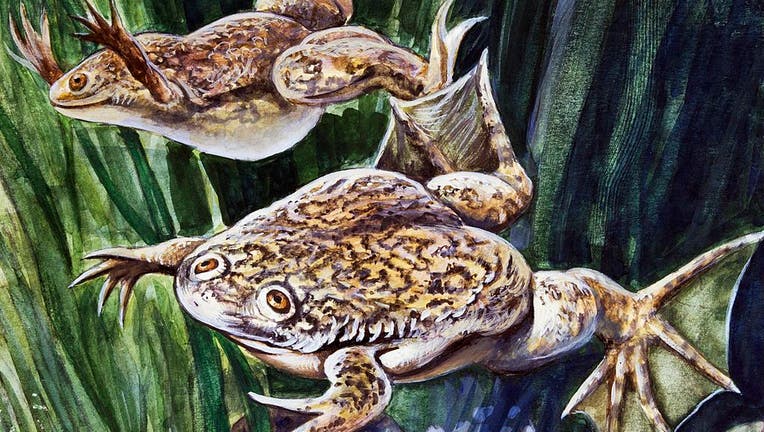 Scientists from Tufts University and Harvard University’s Wyss Institute made a major breakthrough in regenerative medicine when they were able to regrow amputated frog legs.

They published their study in the journal "Science Advances" over the weekend.

According to Tufts, researchers claimed they were able to regrow the legs of African clawed frogs after using a five-drug cocktail and applying "a silicone wearable bioreactor dome that seals in the elixir over the stump for just 24 hours."

The treatment took 18 months to restore a functional leg. The new legs weren’t perfect as they lacked certain features including digits and webbing. However, the frogs were able to use their new legs to swim.

Kermit the Frog is the Snail

The big reveal for the highly anticipated season 5 premiere of The Masked Singer was absolutely unfrogettable.

"It’s exciting to see that the drugs we selected were helping to create an almost complete limb," study author Nirosha Murugan said in a news release. "The fact that it required only a brief exposure to the drugs to set in motion a months-long regeneration process suggests that frogs and perhaps other animals may have dormant regenerative capabilities that can be triggered into action."

So what does this all mean for humans? Researchers said only hope.

"We’ll be testing how this treatment could apply to mammals next," co-author Michael Levin said in a news release.

Certain creatures can regrow their limbs including salamanders, starfish, crabs and lizards. Flatworms can be cut into pieces, with each piece reconstructing an entire organism. Meanwhile, humans are capable of closing wounds with new tissue growth. Human livers are capable of regenerating to full size after a 50% loss.