The bars will also have limited hours of operation for the first few weeks of reopening.

SCOTTSDALE, Ariz. - Valley bars are now allowed to re-open after being shut down by the state's health department for COVID-19 guidance violations.

All three violated several guidelines, according to the Arizona Department of Health Services (AZDHS), including social distancing, mask-wearing, dancing, and occupancy levels.

To re-open, they had to agree to follow a number of guidelines, including, monitoring occupancy on an hourly basis, table distancing, patrons not being allowed to stand while ordering or consuming food and drinks, no dancing or live entertainment.

Other businesses impacted by the closures

Several other businesses in Scottsdale's entertainment district were impacted by the shut down of Bottled Blonde and Casa Amigos.

Ahmad Alatrash, the owner of Mr. Mesquite Taqueria, says many of their patrons would come in after being at those bars. He's thrilled about the news of their re-opening.

"Right when they announced that, we went straight to re-hiring. We hired eight more people and as things loosen up again, we will be at 20-25 people. It won’t just help us, it will help everyone," Alatrash said.

Around April, Alatrash said their business went down about 80%.

Back in June, FOX 10 spoke with the head chef of Amici Marketplace, Ray Ladewig. He said when the entertainment district shut down due to the pandemic, he lost business as they also relied on bar patrons.

He had worries if they would be able to stay afloat. On Oct. 7, there's a sign posted on the business door saying they've shut down as of Oct. 5.

Officials at AZDHS will be watching these bars closely. For the first three weeks of reopening, they will have to close by 10 p.m. After that, they may be able to extend their hours to midnight.

Although Glow Shots & Cocktails was allowed to reopen weeks ago and are allowed to stay open until midnight, they keep a closing time of 10 p.m., as of Oct. 7. 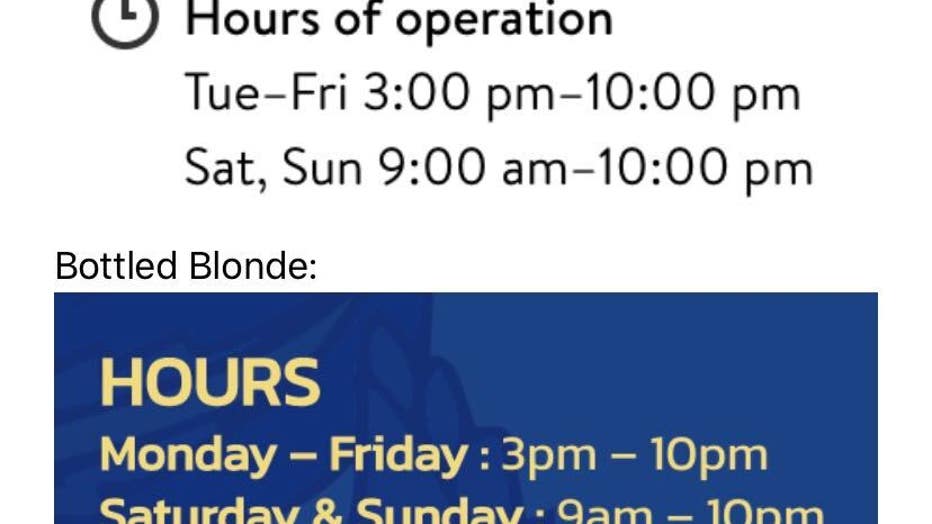