LOUISVILLE, Ky. - Authorities were investigating a shooting Saturday night at a park in downtown Louisville, Kentucky, where demonstrators had gathered to protest the death of Breonna Taylor.

“We are currently working an active police situation at Jefferson Square Park," Louisville police said in a statement, according to news outlets.

Video posted on social media appeared to show at least one person being treated for a gunshot wound.

Officials did not immediately release additional information. The park has for weeks been the epicenter for protests in the city after the police killings of Taylor and George Floyd. 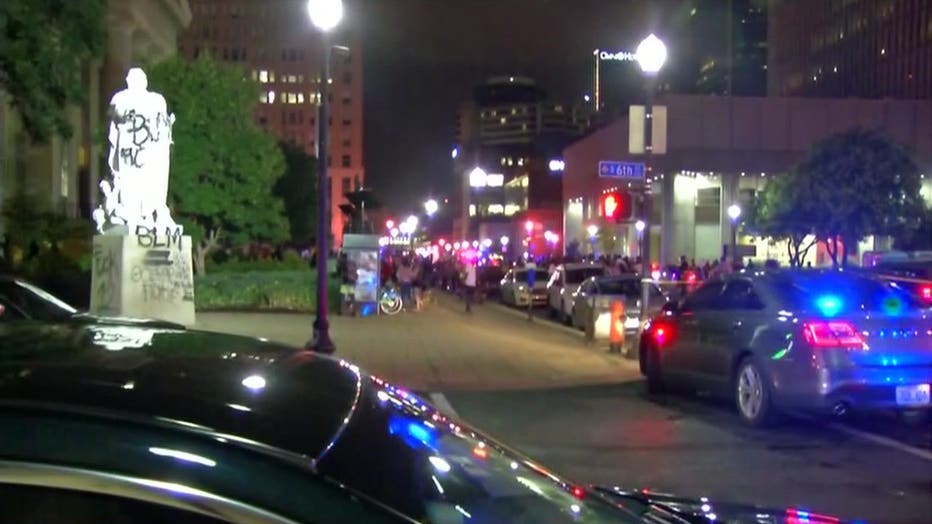 The Democrat is running for his party's nomination to challenge Republican Senate leader Mitch McConnell in the fall.

Taylor, a 26-year-old Black woman, was killed in her Louisville home in March by police who were serving a no-knock warrant. Protesters have been calling for the officers involved in her death to be charged. One of the officers was

Kenneth Walker, Taylor's boyfriend, was originally charged with attempted murder after he fired a shot at one of the officers who came into the home. Walker has said he thought he was defending from an intruder.

The no-knock search warrant that allows police to enter without first announcing their presence was recently banned by Louisville’s Metro Council. 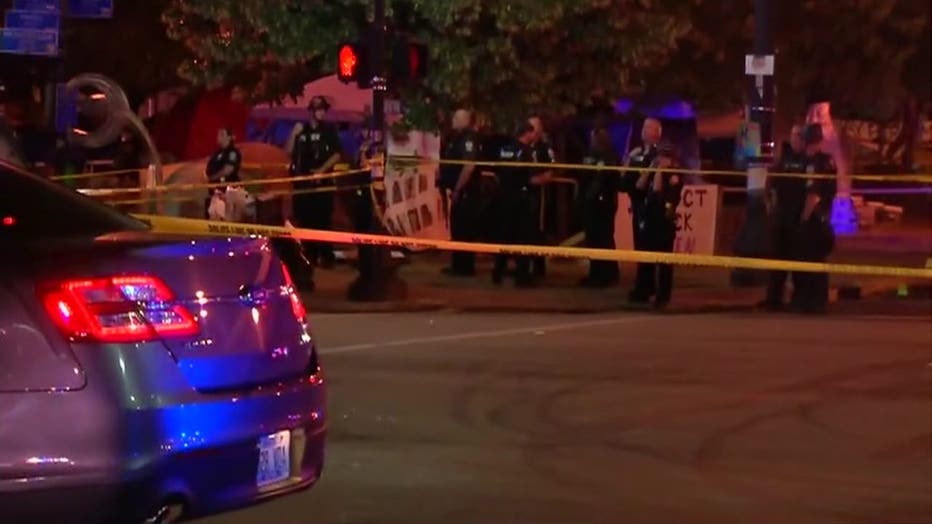