The FAA said seven people were on board a single-engine Cessna 207 when it crashed northeast of Page after the pilot reported an engine issue.

Kane County Sheriff’s officials in Utah said six French tourists and the pilot were on board a single-engine Cessna 207 when it crashed into the lake near Face Canyon just before 5:30 p.m. on Aug. 13.

Federal Aviation Administration officials said in a statement that the pilot reported an engine problem before the plane went down.

The aircraft was located in 120 feet of water and Kane County authorities in Utah said two people died in the submerged aircraft.

Utah Department of Public Safety divers were trying to recover the bodies, according to sheriff’s officials. The names of the victims were not released. 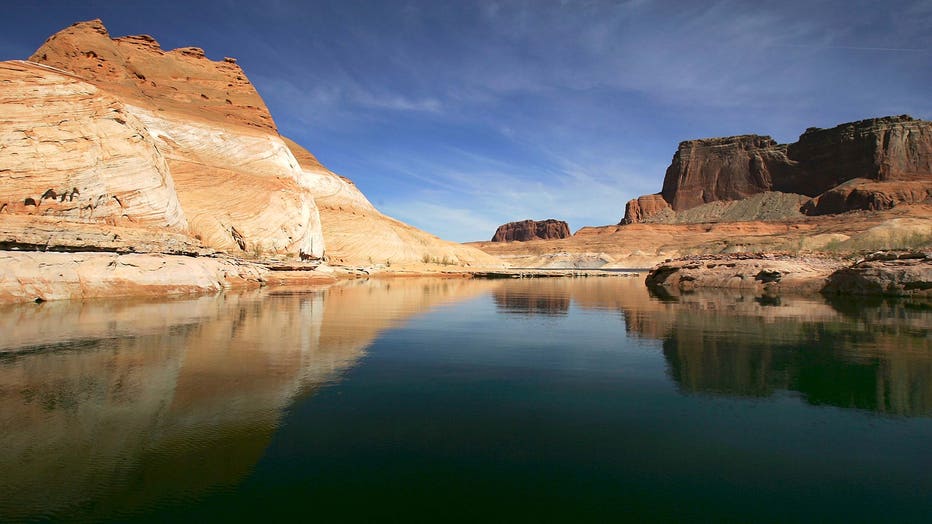 PAGE, AZ - MARCH 26: A bleached "bathtub ring", the result of a six-year drought that has dramatically dropped the level of the reservoir, shows on red Navajo sandstone formations in Face Canyon at Lake Powell on March 26, 2007 near Page, Arizona. (Photo by David McNew/Getty Images)

Authorities said the pilot and witnesses were able to get four passengers out of the water and into boats after the crash.

They said three passengers suffered serious injuries and were airlifted to St. George Regional Hospital, while two people with minor injuries were transported by boat to Antelope Marina and then taken to Page Hospital.

The FAA and National Transportation Safety Board will investigate the cause of the crash.