SILVER TSUNAMI: Homeless seniors on the rise in AZ

Some are calling it a ‘silver tsunami’ as hundreds of Arizona’s senior citizens are becoming homeless. Local shelters are struggling to keep up with the new influx of older adults as the inventory of affordable housing continues to decline. FOX 10's Stephanie Bennett reports.

PHOENIX - Some are calling it a 'silver tsunami.’ Hundreds of retirees who flocked to Arizona for its warm weather and affordable housing are finding that houses are not so cheap after all -- and many are being left out in the street.

County officials said a staggering number of retirees drawn to Arizona, a popular retirement destination, are now finding themselves homeless because of surging housing prices in the area.

"Maricopa County is the fastest-growing county in the nation and we’ve always been a destination for people who want to retire. We have the sunshine and people have been moving here because it was affordable," said Lisa Glow, CEO of Central Arizona Shelter Services (CASS), the largest emergency shelter in the state. "But it’s not as affordable as it used to be."

According to the Maricopa Association of Governments' annual Point in Time Count, the number of unsheltered homeless has jumped 200 percent over the last six years in Maricopa County. There are about 6,614 homeless people in total, both sheltered and unsheltered.

David Kizziar, 67, said he is one of hundreds of senior citizens now facing homelessness.

"Always paid the rent, on time, in full, never had any problems," said Kizziar. 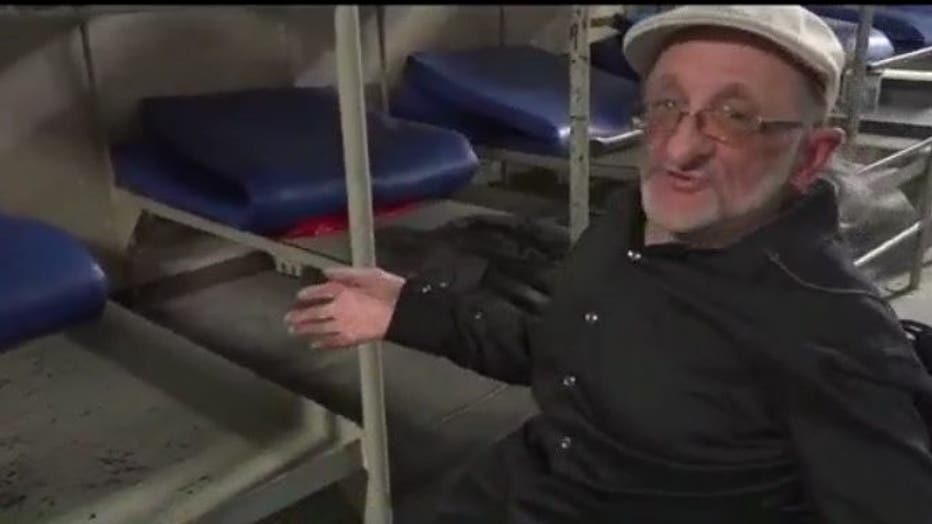 For the past 15 years, Kizziar rented a small shop in Phoenix where he lived and ran his business. When his landlord didn’t renew his lease, he says he was forced out on the streets.

"My check wasn’t enough to pay $402 a month storage plus an apartment. My social security check is $770 … tried to find another shop which I could afford, no such animal. Everyone has been raising their rents," said Kizziar.

Kizziar isn't alone. The lack of affordable housing and the growing population of aging adults is putting tremendous stress on shelters like CASS, which is at capacity every night.

"We turn away on average 500 people every month. … Rents are going up dramatically, last year 8 percent, and along with that we had the second-highest eviction rate in the nation," said Glow.

This ‘silver tsunami’ is happening across the country, as about 40,000 people aged 65 and older are homeless. That’s according to a recent study conducted by researchers at New York University, UCLA, Boston University, and the University of Pennsylvania.

"We as a community collect the data, analyze the data and use that data to drive our decisions on what we can do next to try and end homelessness," said Shantae Smith, human services planner with the Maricopa Association of Governments.

Over at CASS, Glow says seniors make up about a third of their nightly guests.

"We’ve had 89-year-old women and men staying in our emergency shelter who can’t afford their rent anymore," said Glow. 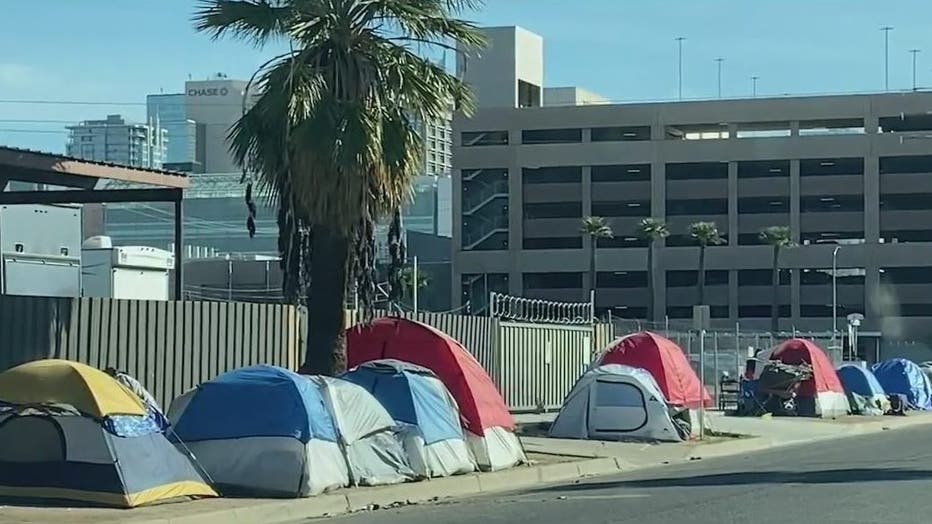 Many shelters are full, forcing people to sleep on the streets in Phoenix.

Glow said she is demanding action. She wants more preventative options, more specialized shelters, and to strengthen our crisis support system so people like Kizziar can age in their own home.

"Really, you need at least three times the amount of what the rent is to live so people can’t afford to live in this economy for senior citizens. In addition to fixed incomes, they have medical conditions that can put them into homelessness. They may have lost a spouse, a job, been through a divorce," Glow said.

Glow is campaigning for a new senior shelter with about 200 beds. SB1283 would provide around $5 million from the State General Fund for the new 55 and older emergency shelter. Glow says it would be more senior-focused, wheelchair and walker-friendly. This week, it passed the Arizona State Senate Appropriations Committee. 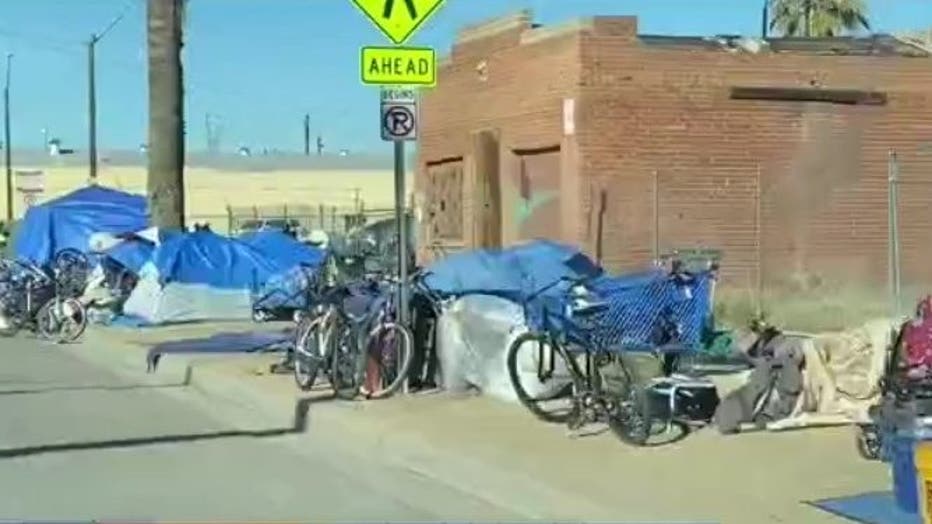 As for Kizziar, he’s got big goals to accomplish. He said he’s applying for jobs and trying to get his credit score back up.

"This time, I’m tired of renting," he said. "I’m buying a piece of property or a motor home and getting out of the big city."

Read more about this story at FOXNews.com. 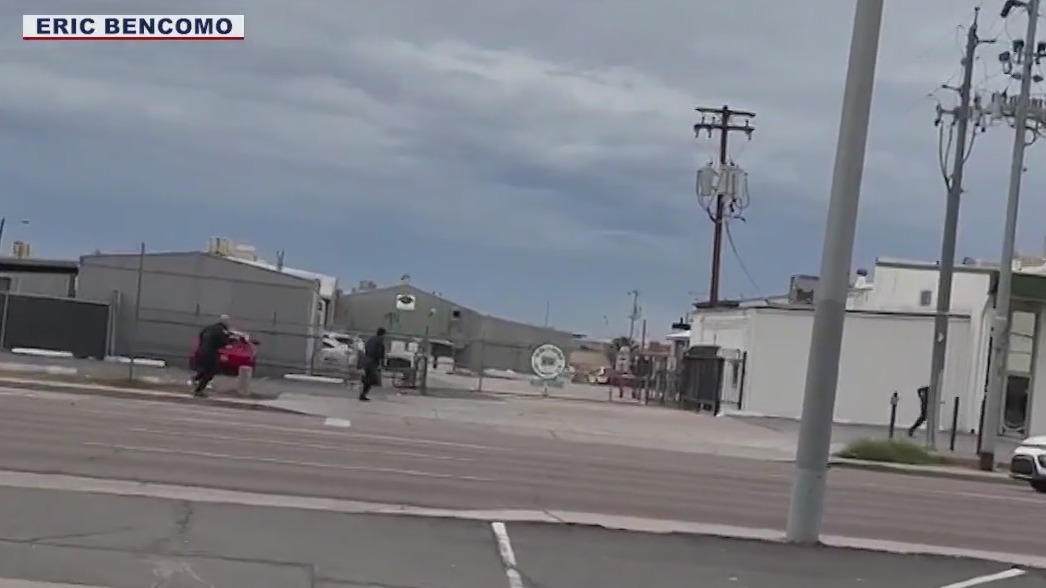