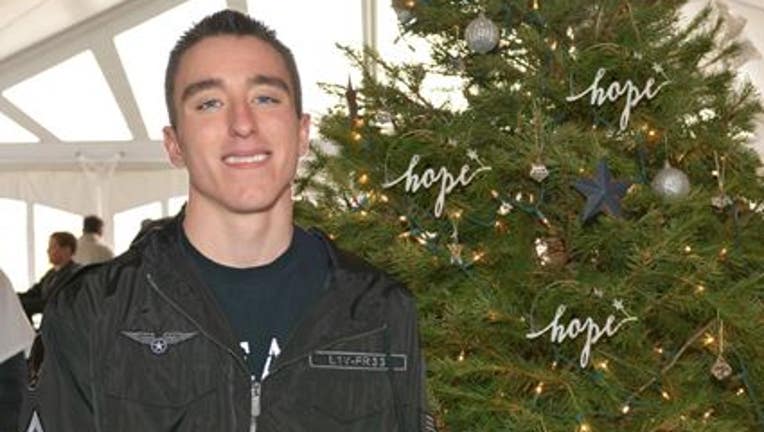 LOS ANGELES - A young man who is the only person in the U.S. to reach stage four of an aggressive and rare form of brain cancer has dedicated his final days to helping others.

Terminally ill teen with months to live wishes to help others

Eric Erdman, 19, who has an aggressive form of brain cancer has dedicated his final days to helping others.

Eric Erdman, who recently celebrated his twentieth birthday, was diagnosed with Grade III Ependymoma when he was just 16 years old. During his young life, Eric has survived an extreme amount of radiation that doctors say would have killed most people.

He has faced multiple medical procedures, including brain surgery and eye surgery. In addition, he lost his hearing as well as sight in one of his eyes.

Although he’s faced a medical nightmare, it isn’t the painful days spent in the hospital he remembers most.

What Eric remembers is the kindness of friends, family, neighborhoods and even strangers. Not only were they kind, but they also helped him find his voice and gave him the encouragement to share his story.

The kind hearts of others is what transformed his perspective on life and motivated him to pay it forward.

In the same year he was diagnosed, the Make-A-Wish Foundation came to Eric and asked him what his final gift would be.

Instead of asking for something for himself, Eric wished to pay it forward with a transformation of the gym at his school, so he could give kids a great place to get physically and mentally fit.

On November 15, Eric launched his “Give a Child a Voice Fitness Center Give-A-Way,” at the NASCAR Gander Outdoors Championship Race. Currently, he’s looking for the next school to receive a gym transformation.

The contest is a charitable project that encourages students to nominate their school to raise $300,000 to revamp their school’s gym.

“It takes a village to construct a gym and our goal is to raise $300,000 to help Eric continue to make an impact in more children’s lives. To transform another gym with the final months Eric has remained, along with many more gyms to come, I can’t think of a more worthy cause,” said Angela Ruch, Eric’s aunt.

The winner of the contest will be announced in January 2020, which coincides with what doctors say will likely be Eric’s final days.

The new campaign is just one of Eric’s projects spent selflessly helping others.

He also created the T.E.K. Foundation CC Inc., which operations as Give a Child a Voice. The foundation works to bring an end to child abuse, bullying and life-threatening childhood illness by showing children their voices matter.

“Before I was diagnosed with a life-threatening terminal illness, I found every day of my life to find peace and strength to face my painful past, due to being a victim of child abuse and bullying. I started to transform my mind and body by going to the gym to create and focus the best version of me. The gym allowed me to shut out all the noise in my life which eventually led to finding my voice, from the help and support of my community,” he said.

The Construction Leadership Network has partnered with Give a Child a Voice in an effort to refurbish school gyms across the nation. The foundation is currently seeking gym equipment companies for donations.

Eric hopes he will have the chance to meet the contest winners.

Click here to nominate a school in need of a gym makeover.