Tesla is voluntarily recalling more than 40,000 2017 to 2021 Model S and Model X vehicles because of potential problems with the electronic power assist steering system.

According to a filing with the National Highway Traffic Safety Administration, in rare cases, the power steering system could stop functioning while driving on rough roads or hitting a pothole, which can increase the risk of crash — especially at lower speeds.

Tesla identified 314 Model S and Model X vehicles with the power steering assist problem. As of Nov. 1, more than 97% of the recalled vehicles have installed an update to fix the issue, Tesla told regulators.

No injuries or deaths have been reported in connection with the recall.

Owner notification letters are expected to be mailed on Dec. 31, FOX Business reports. 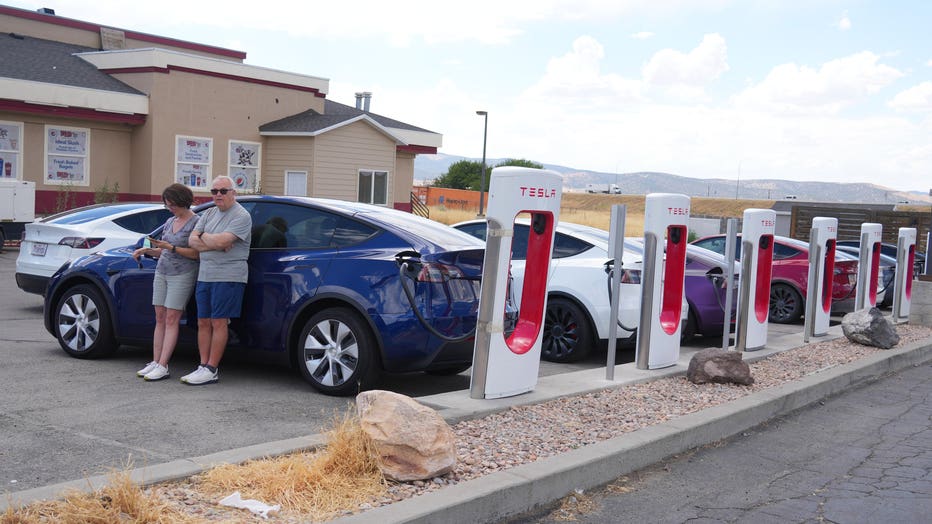 A couple from Arizona waits in 100 degree heat as their Tesla car charges on July 17, 2022 in Nephi, Utah. (Photo by George Frey/Getty Images)

Shares of Tesla, down almost 50% this year, tumbled another 6% Wednesday after Twitter's new owner and Tesla CEO Elon Musk sold nearly $4 billion worth of Tesla shares, according to regulatory filings.

Musk, who bought Twitter for $44 billion, sold 19.5 million shares of the electric car company from Nov. 4 to Nov. 8, according to Tuesday's filings with the Securities and Exchange Commission.