The Masked Dancer featured the fourth celebrity unmasking of the season and ended with the cricket’s elimination, forcing the dancer to reveal himself to the world.

LOS ANGELES - Wednesday night’s episode of "The Masked Dancer" and the fourth celebrity unmasking of the season ended with the cricket’s elimination.

The person behind the mask and under the green, bug-eyed insect costume was none other than 17-time Grammy-nominated singer and songwriter Brian McKnight.

The "Back to One" soul man’s smooth, expressive and romantic tenor made him one of the most recognized and popular R&B artists of the 1990s. 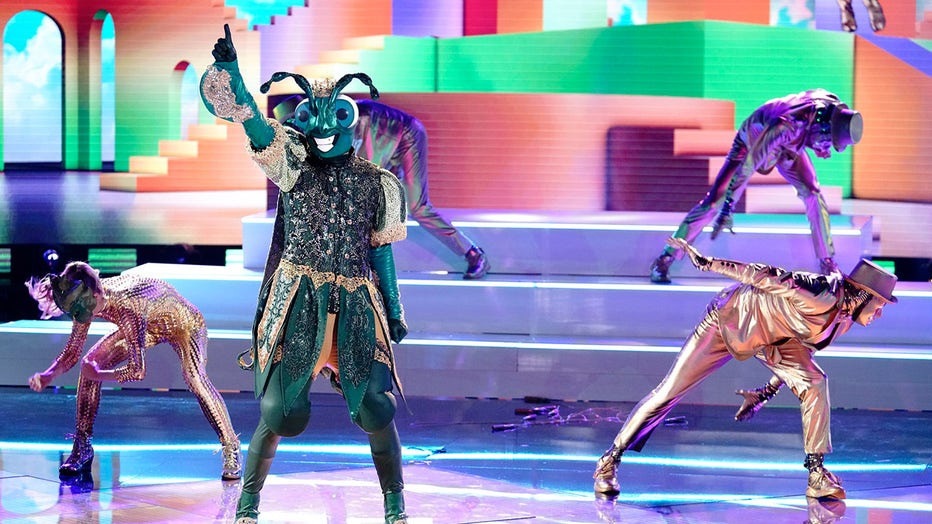 The person behind the mask and under the green, bug-eyed insect costume was none other than 17-time Grammy-nominated singer and songwriter Brian McKnight.

But while McKnight is known for his talent for singing soulful tunes, he revealed that dancing is not his strong suit.

"I thoroughly enjoyed being anonymous," McKnight said in his exit interview. "There’s no way I would have done this is if people would have known that was me under there."

Panelist Paula Abdul was the only judge to guess his identity during the competition correctly. The panelists pointed to McKnight’s ability to stay in character.

"I thought it was important, at least at the time, to be as in-character as I can — to kind of throw people off as to who was underneath the mask. I tried to be as a cricket as much as I possibly could," McKnight said. "It’s almost like being the invisible man. It’s very, very cool."

Several clues led up to the reveal, including a "bomb," which was a hint to McKnight’s song "You Got the Bomb" from the bestselling album "Anytime" and a "knight," which was a nod to his last name. Dancers wore clock masks, a reference to his hit song, "Back to One."

McKnight thanked his wife for her support throughout the show.

"My wife has always been my biggest supporter, my biggest fan, and she’s been right here every step of the way, every second that I’ve been here. It’s always great to have her support," McKnight said.

The iconic singer noted giving it his all and said he was proud of what he did on "The Masked Dancer" stage.

McKnight said, "I think it’s great to try new things. I’m the kind of person who gives my all no matter what it is, and I went in thinking that I was going to make sure that I did the best I possibly could."

"I think that I did," McKnight said.

Comedian Whitney Cummings will join the panelists’ desk next week in a new "super six" episode, where the best performers from both groups, "A" and "B," will come together and compete.

"The Masked Dancer" features celebrity contestants shaking their tail feathers while covered from head-to-toe in elaborate costumes and face masks, leaving audiences to guess their identities.

Each week, a series of clues are sprinkled throughout packages, costumes and routines, leading the panelists one step closer to figuring out which famous faces are freestyling behind the masks.

And when it comes to dancing styles — the sky is the limit.