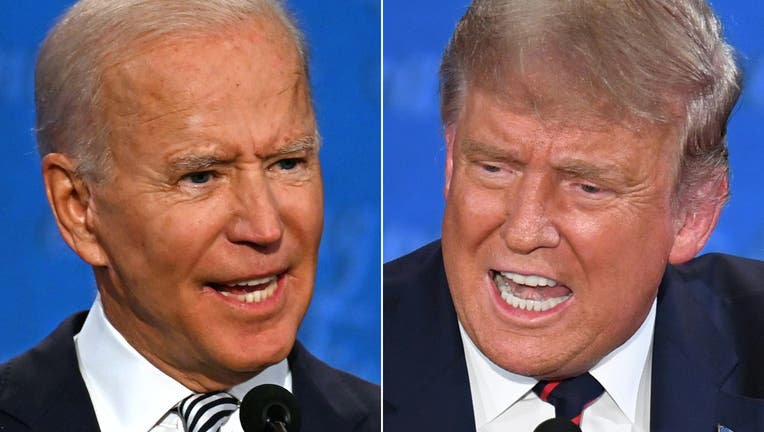 President-elect Joe Biden is urging President Donald Trump to sign a nearly $1 trillion COVID-19 relief package that continues to hang in the balance.

"This bill is critical," Biden wrote in a statement. "It needs to be signed into law now."

Biden called Trump’s refusal to sign the relief bill an "abdication of responsibility  [that] has devastating consequences."

Trump spent his Christmas golfing in Florida as a government shutdown looms. The bill arrived a Mar-a-Lago.

Trump’s vacation came as Washington was still reeling over his surprise, eleventh-hour demand to give most Americans $2,000 COVID relief checks — far more than the $600 members of his own party had agreed to. The idea was swiftly rejected by House Republicans during a rare Christmas Eve session, leaving the proposal in limbo.

The bipartisan compromise was considered a done deal and had won sweeping approval in the House and Senate this week after the White House assured GOP leaders that Trump supported it. If he refuses to sign the deal, which is attached to a $1.4 trillion government funding bill, it will force a federal government shutdown, in addition to delaying aid checks and halting unemployment benefits and eviction protections in the most dire stretch of the pandemic.

"Made many calls and had meetings at Trump International in Palm Beach, Florida. Why would politicians not want to give people $2000, rather than only $600?," he tweeted after leaving the golf course Friday afternoon. "It wasn’t their fault, it was China. Give our people the money!"

"Today, about 10 million Americans will lose unemployment insurance benefits. In just a few days, government funding will expire, putting vital services and paychecks for military personnel at risk," Biden said in his statement.

Graham tweeted Friday night that Trump was still intent on getting changes in yearend legislation before signing it.

Trump’s decision to attack the COVID bill has been seen, at least in part, as political punishment for what he considers insufficient backing by congressional Republicans of his campaign to overturn the results of the Nov. 3 election with unfounded claims of voter fraud.

Meanwhile, Democratic House Speaker Nancy Pelosi and Treasury Secretary Steven Mnuchin have been trying to salvage the year-end legislation to try to prevent a shutdown. Democrats will call House lawmakers back to Washington for a vote Monday on Trump’s $2,000 proposal, though it would probably die in the Republican-controlled Senate. They are also considering a vote Monday on a stop-gap measure at least to avert a federal shutdown and keep the government running until Biden is inaugurated Jan. 20.

In addition to the relief checks, the COVID bill that passed would establish a temporary $300 per week supplemental jobless benefit, provide a new round of subsidies for hard-hit businesses, restaurants, theaters and money for schools, and provide money for health care providers and to help with COVID vaccine distribution.