TIME’s Person of the Year awards

TIME magazine is rolling out its Person of the Year award. Here's some background on the annual tradition.

SAN FRANCISCO - Highly anticipated? Maybe. Tradition? Definitely. Time Magazine’s Person of the Year award dates back to 1927 when Charles Lindbergh was hailed for transatlantic flight. On Thursday the honors for 2020 went to Joe Biden and Kamala Harris.

For most of the weekly publication’s 97-year-history, editors have bestowed the honor upon those they see fit. The criteria for the distinction, as Time describes it, is “the person who affected the news or our lives the most, for better or worse.”

The winner was announced during an NBC broadcast special, the first of its kind, following Thursday morning’s revelation of the shortlist on the network’s Today Show. 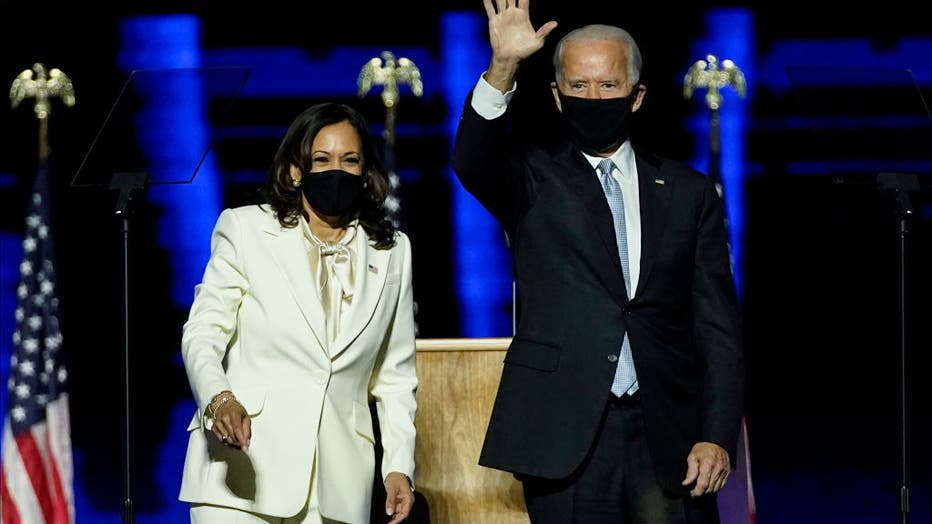 US President-elect Joe Biden and Vice President-elect Kamala Harris deliver remarks in Wilmington, Delaware, on November 7, 2020, after being declared the winners of the presidential election.

This year’s Democratic primary leading up to the presidential election, saw Joe Biden fend off a large pool of candidates, including now Vice President-elect Harris, who became his running mate. Biden’s ascent to secure the nomination coincided with the coronavirus ravaging around the world in a global pandemic, but more specifically hitting the U.S. hard with a record number of cases.

His surreal, one-time debate with no audience back in March, against Sen. Bernie Sanders was marked by the abysmal fear of the unknown as the country headed into its first lockdown. As the race crystalized, it became clear that Trump would be squaring off against Biden. The narrative became those who believe in science versus Trumpism, denials of science, and the president’s push to get the economy back on track.

When Biden and Harris gave their victory speech Nov. 7, it was a watershed moment that inspired people of all walks of life, especially little girls of color who saw themselves in Harris and that their own potential could perhaps be limitless.

While Biden’s electoral win has yet to be certified, and the Trump campaign continues to challenge the election, the results have been decisive and his transition team is forging ahead with rapid cabinet announcements and plans to rebuild the country. 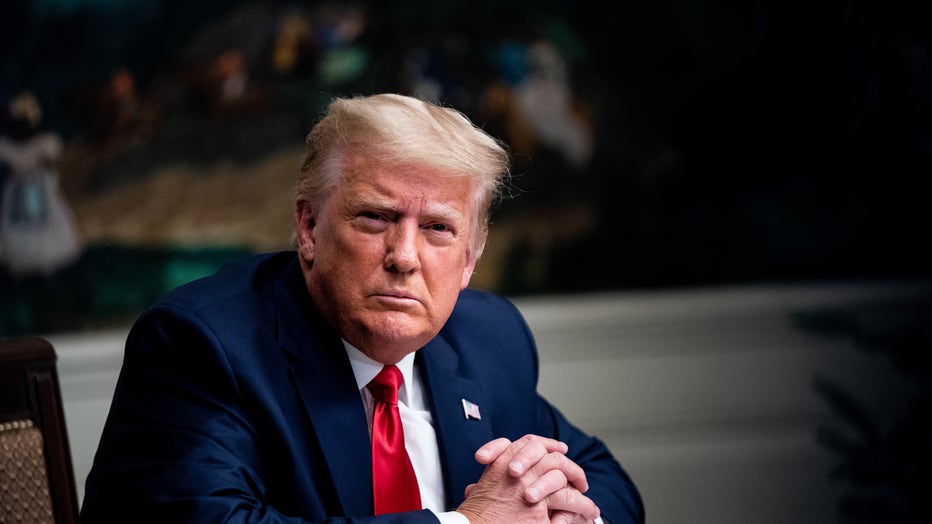 For Trump’s part, the year began with his impeachment process lingering from the year before, but also his acquittal by the Senate on the related abuse of power and obstruction of Congress charges.

Trump reveled in his exoneration and taunted the press claiming it was all part of the continued “witch hunt”.

However, once it emerged, COVID-19 not only sidelined the economy Trump often boasted about, but it also overshadowed the presidential election.

The Trump administration’s response to the disease was widely criticized as something he downplayed. His events, including his campaign rallies, were characterized as ‘superspreader’ events, which may have led to his own political undoing, but certainly led to him getting infected with the disease itself.

Now he latches on to lawsuits described as frivolous, in an attempt to overturn the results of the election he lost.

Time’s Person of the Year award usually goes to an individual, but in years’ past they have given it to groups who have made their mark on the country and the world.

Past winners have included the “Ebola Fighters” -- those who fought against the Ebola virus in 2014, “The Protester” -- giving a nod towards the revolutionary Arab Spring and Occupy Wall Street movements, and in 2017 it was awarded to “The Silence Breakers” -- those who spoke out against sexual abuse as part of the #MeToo movement. 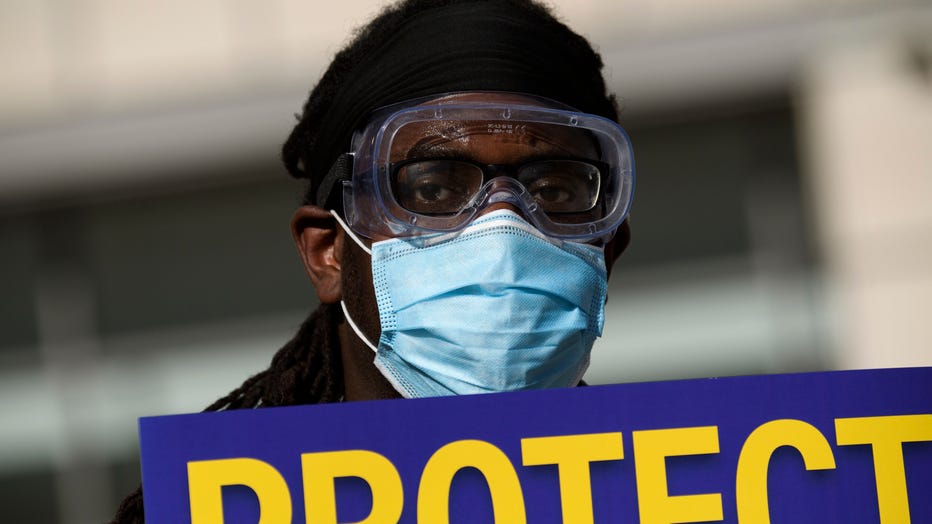 Dr. Salam Beah wears a face mask and carries a sign in support of resident physicians, interns and fellows at UCLA Health as they protest for improved Covid-19 testing and workplace safety policies outside of UCLA Medical Center in Los Angeles, Calif

Between front line health care workers along with Dr. Anthony Fauci and the Movement for Racial Justice, it’s hard to say which of these have had a greater impact.

When nurses and doctors stepped up to care for those infected with a new and unusual disease, many of them were dealing with lack of personal protective equipment, and staffing levels that could not keep up with the volume of patients. States mobilized testing sites without much federal guidance, but Dr. Fauci emerged as a comforting voice of reason for a country conflicted on whether or not it should even be wearing masks.

Amid the pandemic, America’s long unresolved issues with racism reared its ugly head once more. A series of documented events agitated, but the tipping point came with the police killing of George Floyd in Minneapolis last May. The video of a Black man taking his last breaths under the knee of a white officer as he was restrained face down on the concrete played over in our heads, on our phones and on our televisions. It could no longer go ignored. 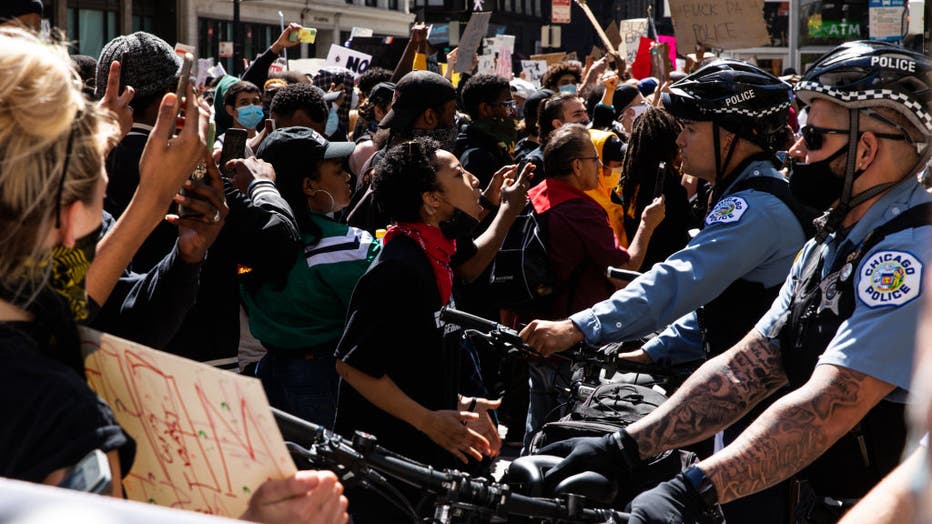 Protesters and Chicago Police clash during protests following the killing of George Floyd by Minneapolis police on May 30, 2020 in Chicago, Illinois. (Photo by Natasha Moustache/Getty Images)

Mass protests erupted not only across America, but around the world. Black Lives Matter was reinvigorated and the demands for change were in the air. Calls to ‘defund the police’ were actually being taken seriously.

For what it's worth, Fauci and front line health care workers along with racial justice organizers did not go uncredited. They were named as Time's 'Guardians of the Year'.

Time also awarded South Korean group BTS as 2020’s Entertainer of the Year. The group has become a staple of recent awards shows, performing their flashy hit "Dynamite”, which earned the group a Grammy nomination. Beyond music, the seven-member group has also lent their support to notable causes like the Black Lives Matter movement.

With his two decades in the NBA, LeBron James was also awarded as Time's Athlete of the Year.