MARICOPA COUNTY, Ariz. - A multi-car crash that injured several stopped traffic on I-10 on the night of Sunday, Nov. 28 in the Goodyear area, but roads were reopened once the investigation at the scene wrapped up.

At around 8 p.m., traffic was brought to a halt on eastbound I-10 near Sarival Avenue, according to the Arizona Department of Transportation. Although some lanes were reopened, ADOT said drivers should to expect delays Sunday night if they're heading into Phoenix on eastbound I-10.

"This collision involves as many as seven vehicles, including an RV. Up to five involved have been transported to area hospitals with unknown injuries," the Department of Public Safety said. 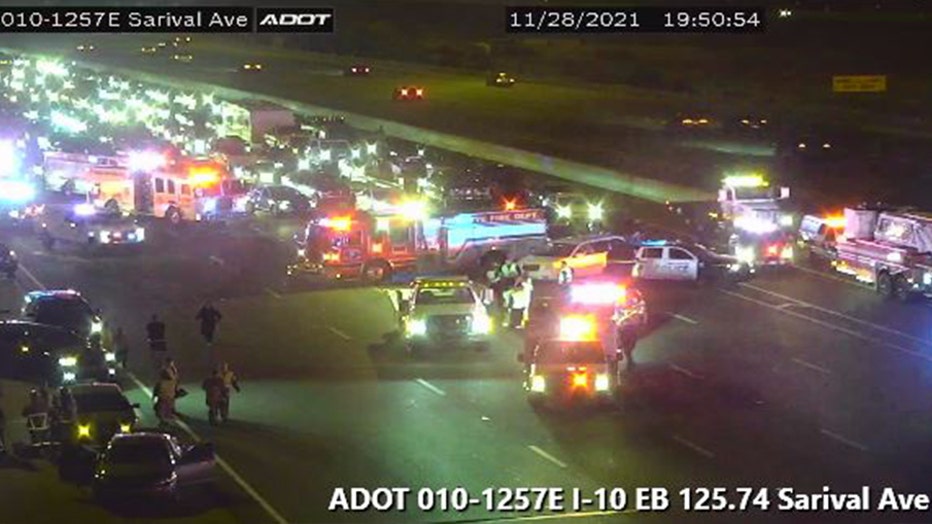