PHOENIX - The eastbound lanes of the Loop 101 Pima Freeway have reopened at Interstate 17 following a deadly wrong-way crash involving four vehicles, according to the Arizona Dept. of Transportation.

A vehicle reportedly was driving westbound down the eastbound lanes when it crashed head-on with a second car early Saturday morning, officials said.

Officials say a third car crashed into the second car after the first collision, and debris from that crash hit a fourth vehicle in the process.

The driver in the wrong-way vehicle died in the crash, while the drivers in the second and third cars suffered serious but nonlethal injuries.

The on-ramp at 27th Avenue was also closed while authorities investigated, according to the Arizona Dept. of Public Safety. 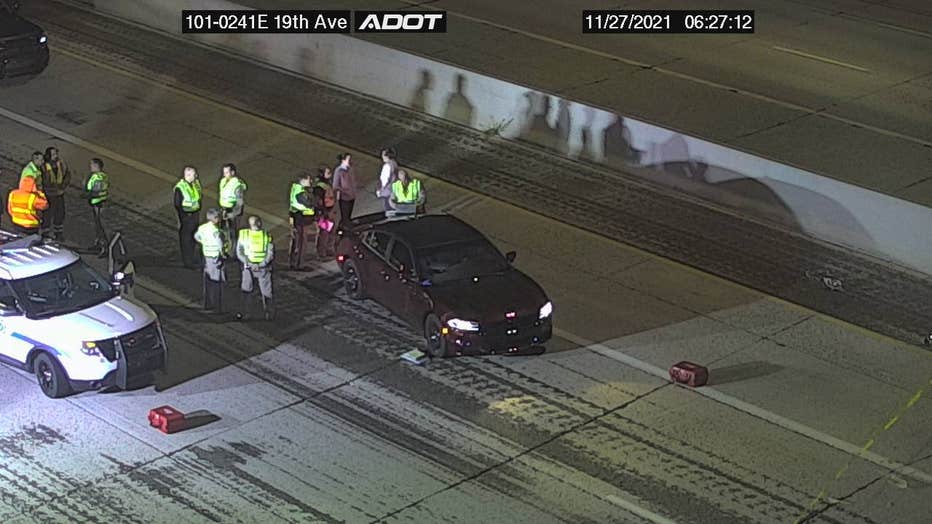 The scene of a crash investigation on Loop 101 in north Phoenix.