More than 50 pounds of suspected fentanyl was found at an immigration checkpoint north of Nogales earlier this week.

Agents were working at the Interstate 19 checkpoint near Amado, Arizona when a K-9 alerted them as a white Ford F150 was passing through.

During a search of the truck, authorities found multiple packages of blue pills that tested positive for the characteristics of fentanyl. The stash weighed more than 53 pounds, officials said.

The driver, a 33-year-old woman and U.S. citizen, was arrested and is in the DEA's custody. 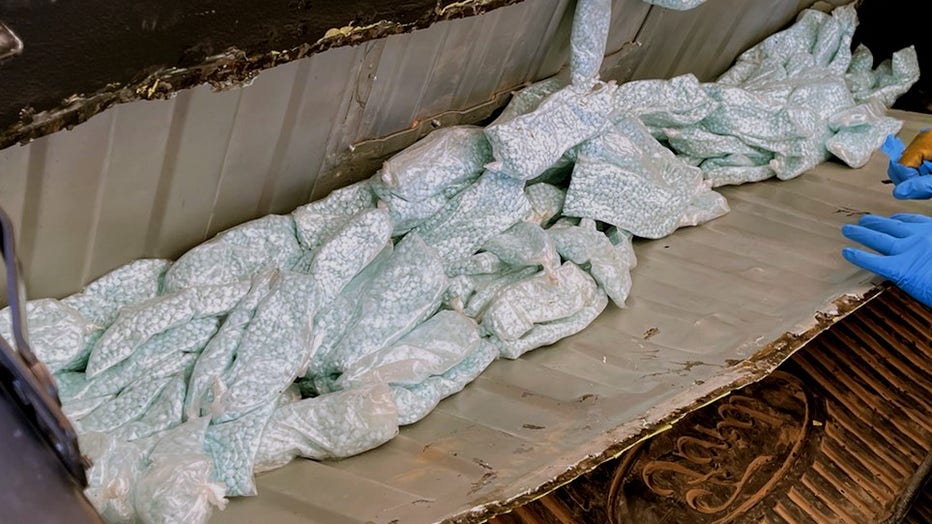 Multiple packages filled with fentanyl were found inside of a truck bed by Tucson Border Patrol agents.