Fentanyl smuggled inside cooler full of fish in Arizona

TUCSON, Ariz. - Border Patrol agents in Tucson made an unusual drug bust after discovering fentanyl smuggled inside of a cooler full of fish, officials said.

Authorities at an immigration checkpoint on Interstate 19 noticed something was "fishy" about the cooler and discovered 17 pounds of fentanyl hidden along the walls of the container.

The drugs were seized and the case was turned over to the Drug Enforcement Administration in Phoenix.

Officials did not say whether any arrests were made. 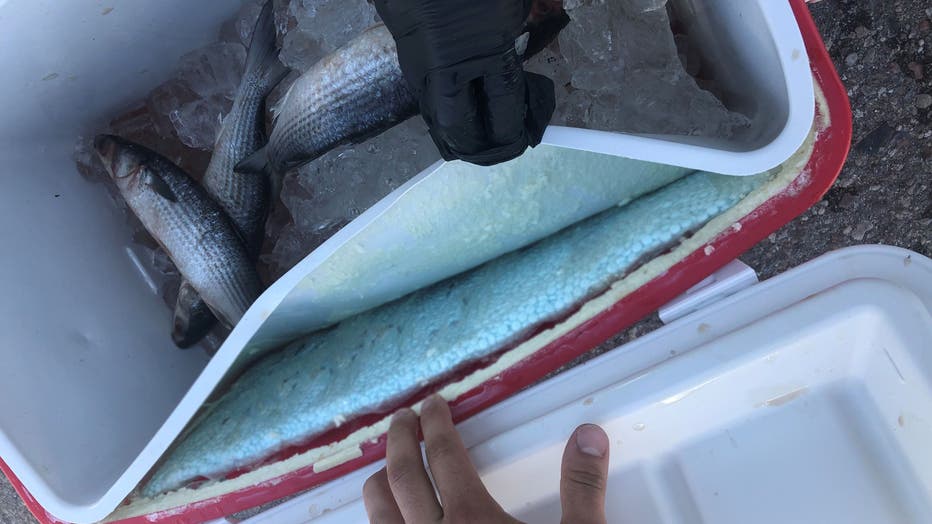