Arizona Gov. Ducey goes to Texas in border push with other GOP governors

The governor traveled Tuesday before speaking at a news conference in Mission, Texas, with Gov. Greg Abbott on Oct. 6.

Officials said the visit came after 26 governors had requested a meeting with President Biden to discuss issues at the border more than two weeks ago.

"President Biden has not responded to the request," officials said. 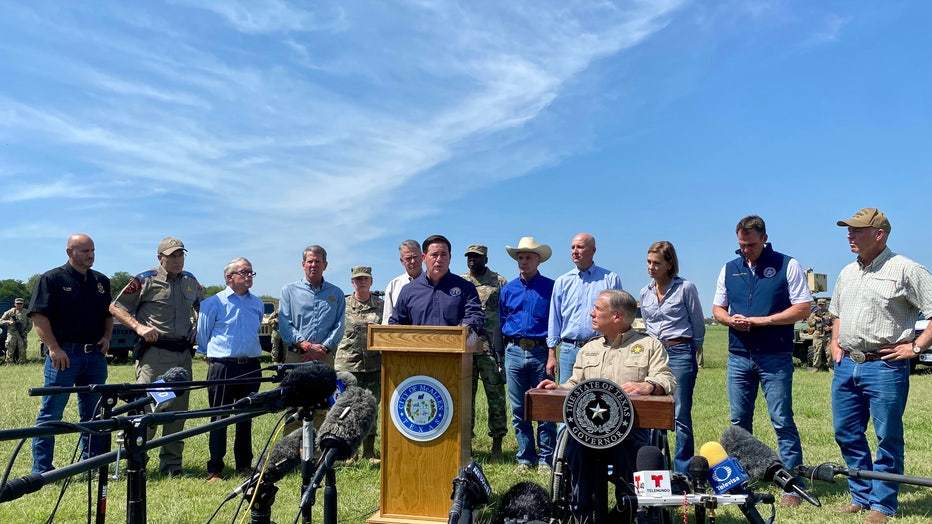 Republicans have seized on a record number of immigrants crossing the border this year as a top issue to target Democratic President Joe Biden. The surge of border crossings has happened despite Biden retaining many of the border restrictions put in place by former President Donald Trump.

Last month, Ducey and 25 other Republican governors sent a letter to Biden asking for a meeting with him on border security issues. Ducey’s office says Biden has not responded.

Mission is in south Texas and sits on the Rio Grande River on the border of Mexico. It is about 245 miles (395 kilometers) south of San Antonio. 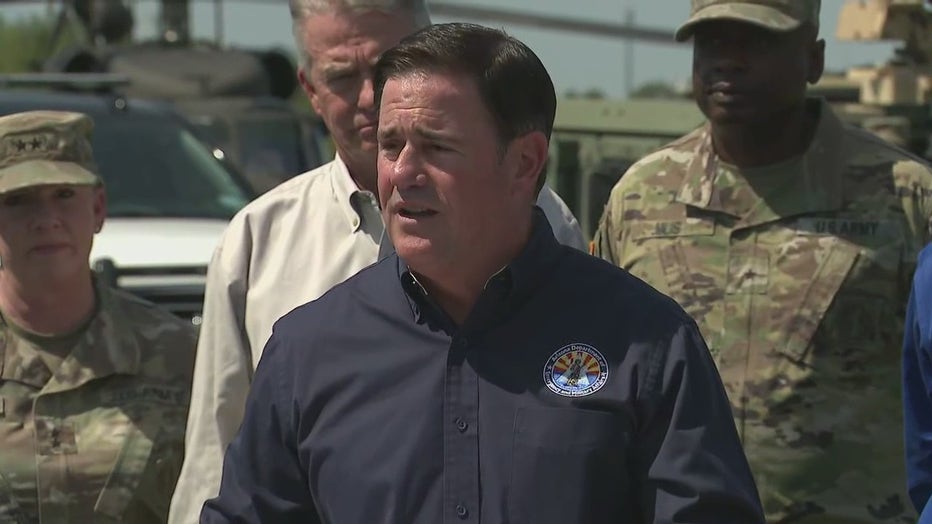 Gov. Doug Ducey speaks at the U.S.-Mexico border in Texas on Oct. 6.