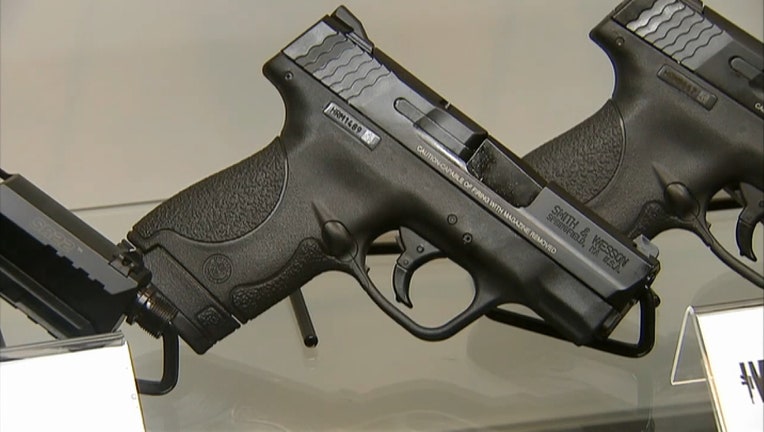 TUCSON, Ariz. - Officials in Tucson plan to ignore a new "Second Amendment Sanctuary" law signed earlier this year that bars the use of any state or local resources to enforce federal gun laws that conflict with state law.

The move by Democratic Mayor Regina Romero and the City Council again puts the city and state at odds over how to regulate gun sales and use.

The city has long tried to enforce gun laws stricter than the state’s, including mandating background checks for guns purchased on city property and destroying seized firearms. Over the years, those measures were challenged after the Republican-controlled Legislature enacted laws barring the actions.

The new action came after Republican Gov. Doug Ducey signed a bill in April declaring that Arizona is a so-called Second Amendment sanctuary. The bill was in part a response to the election of Democratic President Joe Biden, who has vowed to enact tighter firearms regulations.

The Arizona Daily Star reports the state and city could be headed for another legal battle over the city’s June 22 resolution to continue enforcing all federal gun laws.

The resolution unanimously passed by the council proclaims that "federal laws, orders and acts that regulate firearms in a manner that is consistent with the requirements of the United States Constitution" will "remain in full force and effect" within city limits "regardless of whether those laws, orders or acts are more restrictive or prohibitive than regulations established under the laws of this state."

"Let them challenge us," he told the Star. Kozachik said his aim is to have the new law "declared unconstitutional and thrown out plain and simple, so we continue to have free rein to enforce federal gun laws locally."

Known as the Second Amendment Firearm Freedom Act, the law says the state of Arizona is not beholden to upholding federal gun laws. Federal statistics show Arizona has the 15th highest gun-related mortality rate and earned an "F" rating from the Giffords Law Center to Prevent Gun Violence.

The legislation "Prohibits the state and political subdivisions from using any personnel or financial resources to enforce, administer or cooperate with any act, law, treaty, order, rule or regulation of the U.S. government that is inconsistent with any Arizona law regarding the regulation of firearms."

According to The Associated Press, a growing movement of at least 1,200 local governments have declared themselves sanctuaries insulated from state and federal gun laws since 2018 — when high-profile mass shootings prompted calls for stronger regulations.

In addition to Arizona, a handful of other legislatures, including in Kentucky, Tennessee and Wisconsin, jumped on the idea this year when Biden took office. During his campaign, Biden pledged to enact universal background checks and an assault weapons ban, among other measures. Biden earned "F" ratings from the National Rifle Association while in Congress.

When Ducey signed HB 2111 into law, he described it as an effort to protect "an enumerated right," and that it "was a proactive law for what is possible to come out of the Biden administration."

Charles Heller, communications coordinator for the gun rights group the Arizona Citizens Defense League, said he doesn’t think the city’s resolution will do anything to change state law.

"They’re attempting to wave a flag, no matter how weak, that says they don’t like it," Heller said. In his view, passing HB 2111 was a step in the right direction for Arizona, which has relatively relaxed gun laws, because "the federal government shouldn’t be enforcing unconstitutional laws, and we’re not going to help them."

The Tucson resolution notes that the "United States Supreme Court has explicitly rejected the idea that the states can nullify federal law."