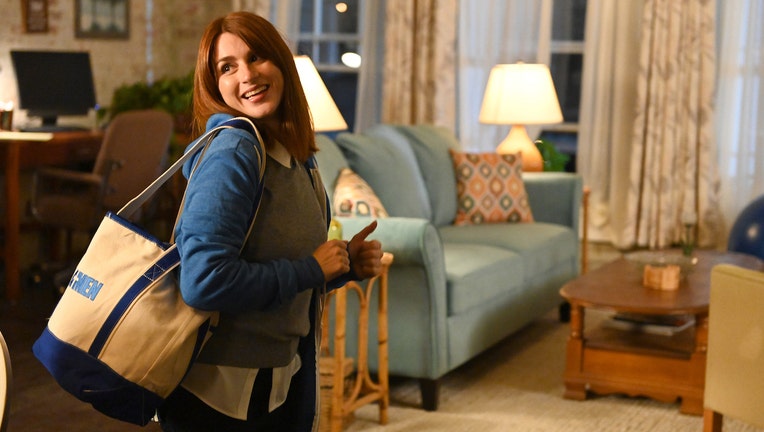 Welcome back to "Welcome to Flatch" recaps! In this week’s episode, "Jesus Take the Wheel," Kelly and Sam stoke the fires of ambition by starting a ride-share service while Cheryl gets to call upon her journalistic expertise. Just starting the show? Here’s our recap of the premiere. Ready to binge? The first seven episodes are streaming on Hulu.

CHICAGO - This week on "Welcome to Flatch," love is in the air! Or is it entrepreneurial spirit? Or small town rivalry? Oh, that’s right, it’s just the dulcet tones of hit ‘90s Christian boy band A-Men. (They were huge in Germany.)

This week’s episode offers another breezy look at small town life, loosely anchored around the idea that a lot of people in rural areas don’t have access to a vehicle. So what do they do when they need to get somewhere and find themselves in an ongoing rivalry with the local bus driver? (Curse you, Fergus!) Well, they start up their own ride-share company, of course. 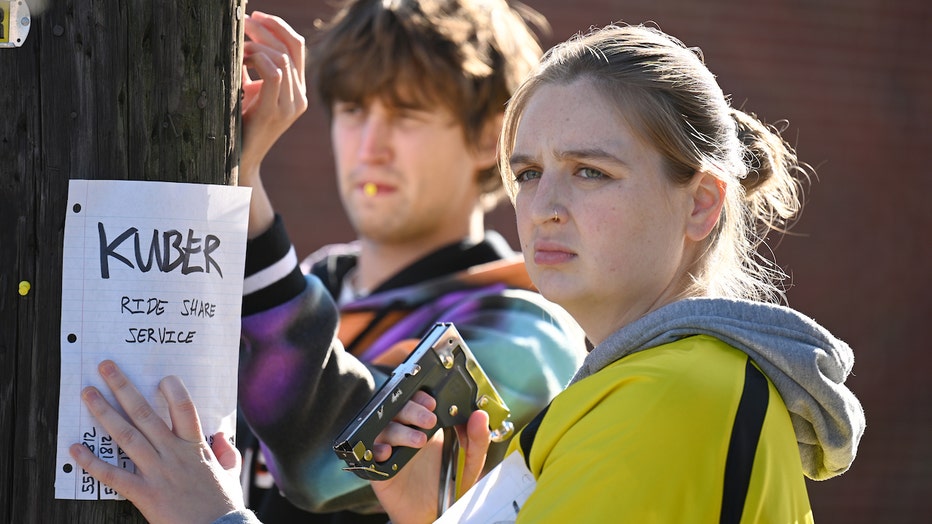 The idea for "Kuber" comes from Kelly Mallet (Holmes), but it’s really her cousin Shrub (Sam Straley) who drives the plot this week. When Shrub finds out that his long-time crush Beth (Erin Bowles) is throwing a royal-family-themed birthday party, he’s determined to use it as a chance to impress her. That means traveling to a craft store in Dayton to get her a gift and design the perfect hat to wear to the British-themed event. (Kelly, meanwhile, is just distracted by Beth’s strange home-schooled life as the child of two parents who full-on think the government is out to get them.)

Since Shrub doesn’t have a license (don’t ask about the squirrell-related incident that caused him to fail his test) and Kelly doesn’t have a car, they convince Father Joe (Seann William Scott) to lend them his old Volvo hatchback for their latest venture: A high-end ride share company to help transport people around Flatch.

Kelly’s sure this will be an easy way for Shrub to make some money for Beth’s gift and get to the party on time. And she should know; entrepreneurial spirit is in her blood. Her dad has a Christmas tree farm and corn maze, and his mom ran a super successful black market cigarette ring in prison.

Shrub, meanwhile, learns he’s not the only one who’s utterly smitten with Beth. It turns out his would-be best friend Mickey (Justin Linville) is also a romantic rival who’s made it his mission to spend as much party-planning time with Beth as possible. What poor Mickey doesn’t know, however, is that after all those hours spent picking out hats and getting gel pedicures together, Beth thinks he’s just her "gay best friend." 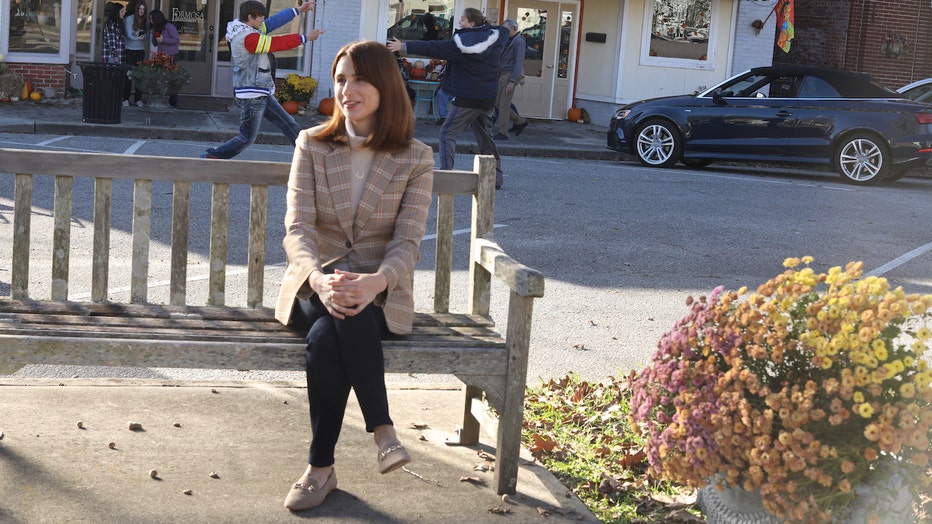 But the Shrub/Mickey/Beth love triangle isn’t the only rivalry at play this week. In fact, the heart of this episode really belongs to intrepid reporter Cheryl Peterson (Aya Cash) and her attempts to figure out what happened to the town’s missing "Welcome to Flatch" sign. The main culprits? The neighboring town of Pockton. The "Welcome to Flatch" sign always seems to go missing during the town’s annual "Pockton Days" celebration — the latest prank in a centuries-long feud between the two small towns. And though Cheryl doesn’t really believe small town rivalries are a thing, she makes it her mission to figure out what happened.

While Cash was a welcome presence in last week’s premiere, she really steals the show here, playing up Cheryl’s mix of journalistic gumption and Minnesota kindess. (Upon learning about the missing sign, she turns to the camera and enthuses, "I think we have a crime!")

We also see some new sides of Cheryl as she slowly grows from an impartial reporter to a loyal Flatchian willing to steal back Flatch’s sign — even if it means escalating the Pockton rivalry in the process. She’s full-on giddy by the time she calls a Kuber to take her back to Flatch with the sign. ("I have so much adrenaline coursing through my body, I could knit a coat!" she exclaims.) Maybe it’s not such a surprise when she turns out to have something of an intense fan girl streak. 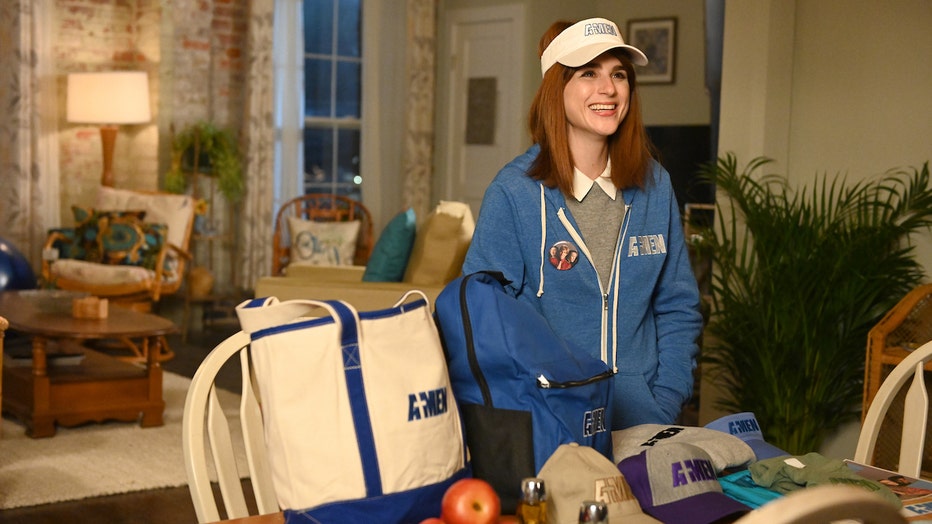 Indeed, while the biggest revelation of the week is that Father Joe used to be the lead singer of a late ’90s "spiritual boy band" called A-Men (the music video is incredible), we also get the surprise reveal that Cheryl used to be the President of the first (and only) A-Men Fan Club.

Don’t worry though, Cheryl explains, she and Joe didn’t date back then. That would have been a huge conflict of interest. Instead, they ran into each other five years later at a car wash, where Joe’s way of popping his hip and running his fingers through his hair was just as irresistible to her then as it still is today. (Again, Cash absolutely kills the scene of Cheryl’s hot-and-bothered reaction to present-day Joe’s smooth moves.) 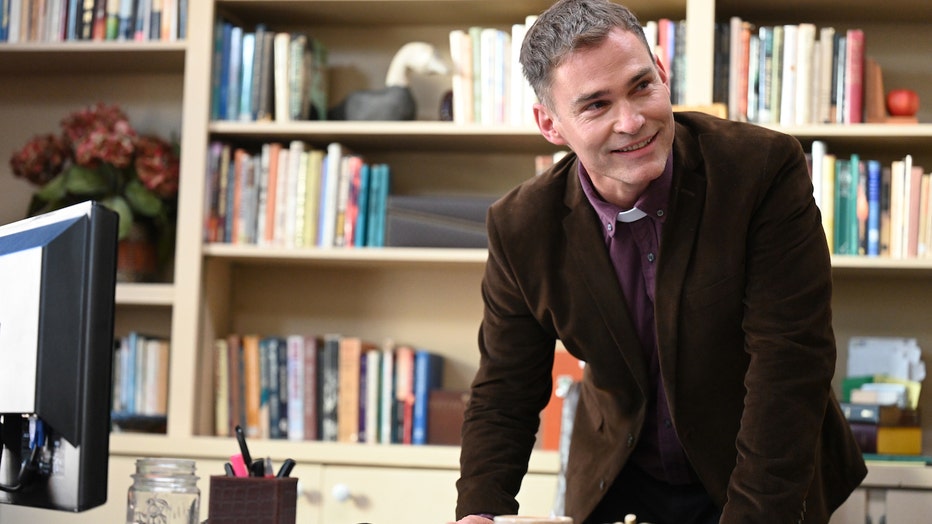 So how does it all work out? Well, like a lot of things in Flatch, the more things change, the more they stay the same. After reluctantly bartering with Big Mandy (Krystal Smith) and accidentally crashing into a mailbox, Kelly winds up down some cash and up one questionable Jackie Chan tattoo. (It’s really more of a generic stick figure, but nice try, Big Mandy.)

Shrub, meanwhile, has a tough week — he not only misses Beth’s party, but also has to watch her dad accidentally accept the secret admirer gift he left on her front porch.

Ah well, at least Cheryl gets a win. And at least we get to enjoy some of those sweet, sweet A-Men jams.

"Welcome to Flatch" airs Thursdays on FOX. The first seven episodes are also currently available to stream on Hulu. Recaps will run weekly.

Stream a sitcom (for free!) on Tubi

Green Acres (1966): You might already know the theme song, but there’s no time like the present to check out this beloved odd-couple sitcom about a hotshot lawyer who leaves Manhattan behind to live on a farm with his cosmopolitan wife. Rated TV-G. Two seasons streaming on Tubi. Featuring Eddie Albert and Eva Gabor.

Staged (2020): We wouldn’t go so far as to call this David Tennant/Michael Sheen meta-comedy the only good "pandemic show," but it’s certainly one of the best — if only because it accurately captures the surreality of those early months better than any well-meaning drama ever could. But even if it weren’t so good, "Staged" would still be a can’t-miss series for two reasons: its parade of deadpan guest stars (Samuel L. Jackson! Dame Judi Dench!) and David Tennant’s many headbands. So many headbands. Rated TV-MA. Two seasons streaming on Tubi. Also featuring Georgia Tennant and Anna Lundberg.