Donald Trump’s second impeachment trial opened in the Senate with graphic video of the deadly Jan. 6 attack on Congress.

A company spokesperson would not elaborate as to whether or not it would be possible for Trump to be allowed back on the platform, saying simply that the company could "confirm that the suspension is permanent."

RELATED: ‘I believe this was the right decision’: Twitter CEO Jack Dorsey speaks out on Trump ban

"Our policies are designed to make sure that people are not inciting violence," Segal added. "He was removed when he was president and there’d be no difference for anybody who’s a public official once they’ve been removed from the service." 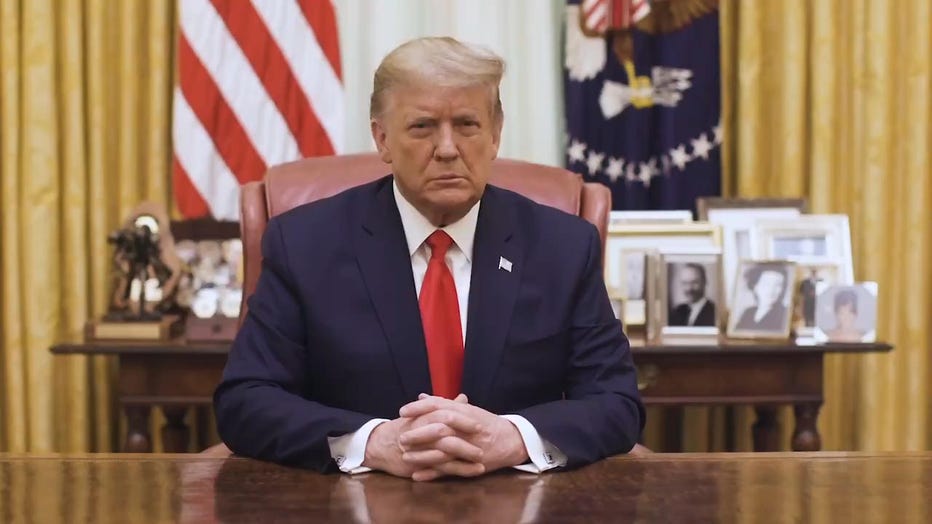 Twitter was the first social media platform to pull the trigger in banning the former president.

On Jan. 8., Twitter announced that it had permanently removed Trump’s personal Twitter account after a review, citing "the risk of further incitement of violence." The move came days after the deadly attack on the U.S. Capitol by a mob of Trump supporters who attempted to halt Congress’ certification of President-elect Joe Biden’s 2020 election victory.

CEO Jack Dorsey said he felt the ban was "the right thing to do."

Last month, Dorsey wrote that he was not celebrating the ban of Trump, but rather felt the move was necessary to respond to "threats to physical safety both on and off Twitter."