A female was sexually assaulted on Nov. 2 near Indian School Road and 75th Avenue and Phoenix Police released a sketch of one of the two suspects.

PHOENIX - The Phoenix Police Department is asking the public for help identifying two suspects involved in a sexual assault that happened Nov. 2.

The crime was reported to have happened around 6:30 p.m. after the victim got off the bus near 75th Avenue and Indian School Road.

Police say the victim was pulled into the parking lot of a nearby business, the suspects stole her gold necklace and then sexually assaulted her.

One of the suspects is described as a Hispanic man, 25-30 years old, brown hair and eyes, wearing a black hat, white T-shirt and tan shorts. A police sketch was provided of this suspect. 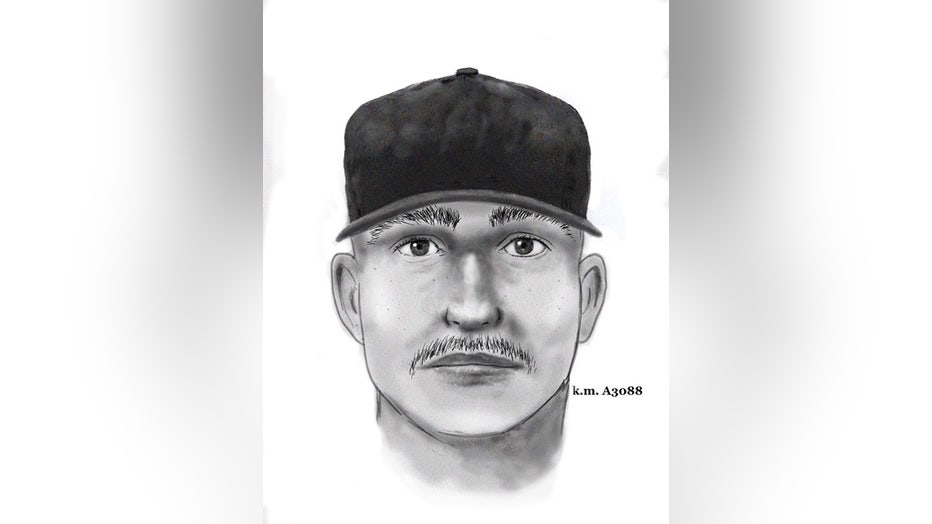 Phoenix Police sketch of a sexual assault that happened on Nov. 2 near 75th Avenue and Indian School Road.

The other suspect is described as a Hispanic man, 25-30 years old, brown eyes, bald head, wearing a dark-colored T-shirt and black pants. A police sketch of this suspect was not provided.

Anyone with information about this crime can call Silent Witness at 480-WITNESS.