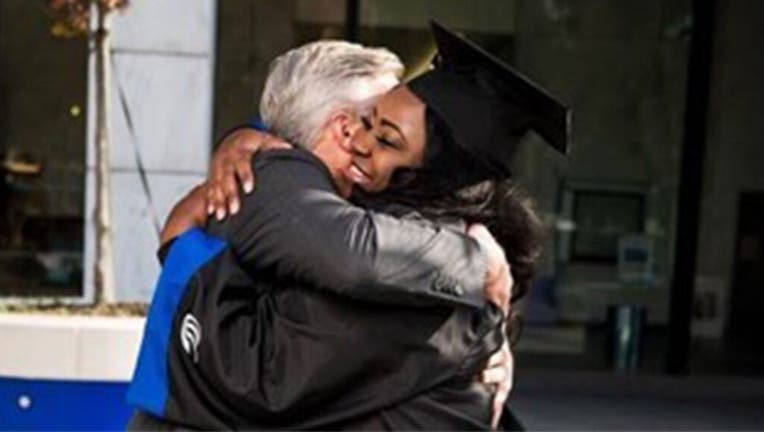 Kevin Esch gave Uber driver Latonya Young a tip of $150 and told her to pursue her college dreams. (Lizzie Blumenthal)

FOX NEWS - Dreams take more than inspiration in America; they take money, too.

The single mother of three, who dropped out of high school at 16 when her first son was born, fell behind on payments to Georgia State University and couldn’t re-enroll until about $700 in bills was paid.

A year ago, she was an Uber driver to make extra money and picked up a passenger who would change her luck.

Kevin Esch gave her a $150 tip at the time and told her to pursue her college dreams.

The next week, Esch paid off her $693 balance, which allowed her to re-enroll.

“It just made me feel good to do it,” Esch said, the Atlanta Journal-Constitution reported. “I didn’t expect anything from it.”

She will graduate with an associate’s degree in criminal justice next week, and then she is pursuing a bachelor’s degree at the university’s Andrew Young School of Policy Studies starting in January.

She next wants to become a federal probation officer and use that income to pay her way through law school.

“I would rather help people,” Young told the outlet. “It’s not how you start but how you finish in life.”