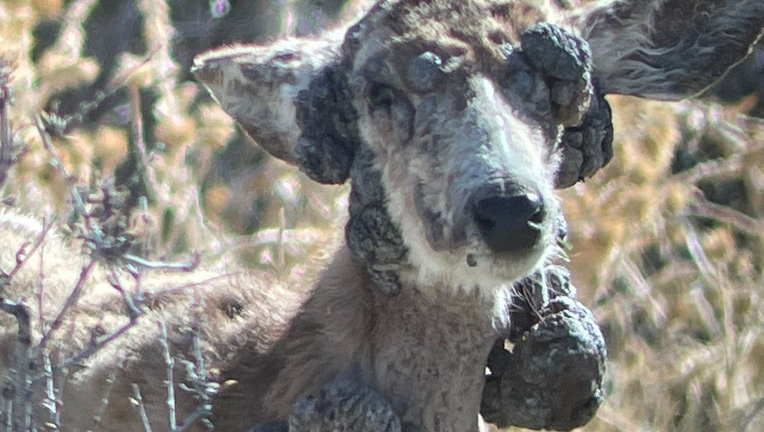 Colorado wildlife officials say they have received multiple calls after people spotted an unsightly deer with growths all over its body.

Authorities said they checked on the deer and said the warts are cutaneous fibromas caused by a virus.

As unattractive as they may look, wildlife officials said the warts are not serious and the deer is considered fine.

"We are letting the deer be for now and will continue to monitor it," wildlife officials posted on their Facebook page.

Officials say fibromas will eventually regress and heal completely. Once healed, the deer will have lifelong resistant to future infections by this virus.

"We won't be taking any beauty tips from this deer," authorities added.