Crash closes both directions of US 60 in Apache Junction

US 60 is closed in both directions at State Route 88 due to a crash that left several people injured.

The Arizona Department of Public Safety says the single-car rollover crash happened early Saturday morning along the US 60 near Idaho Road. 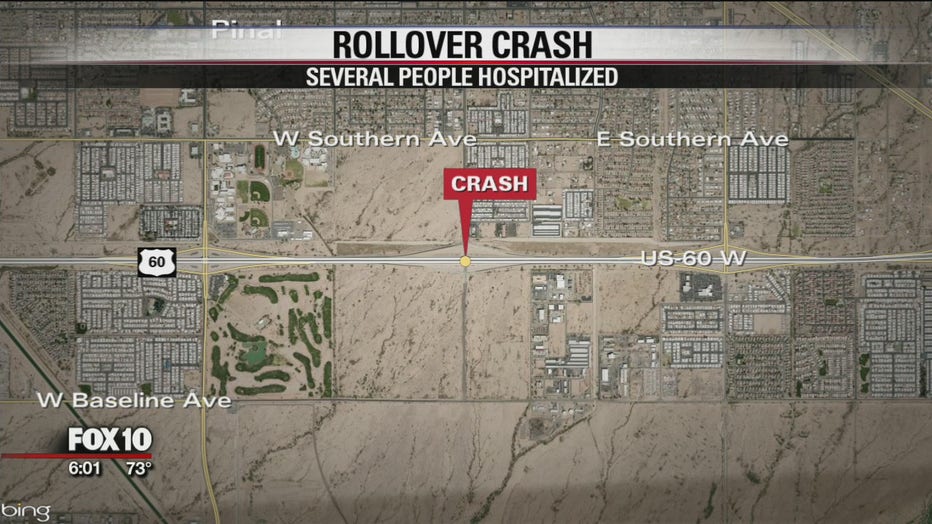 DPS says it is unknown at this time if speed or impairment were factors in the crash.