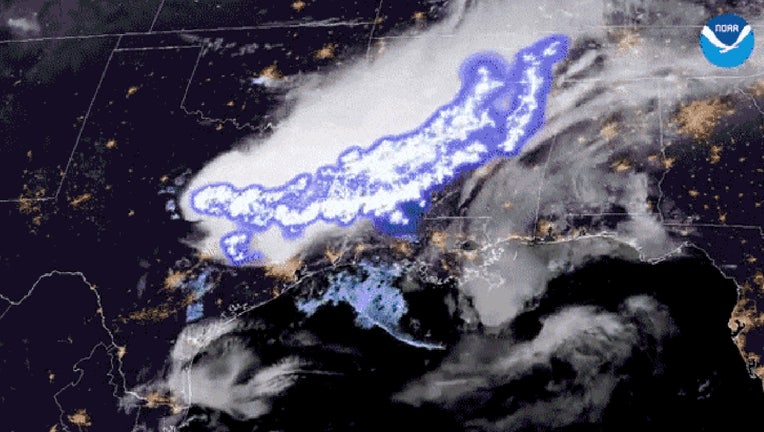 A bolt of lightning nearly 500 miles long that stretched across three states has set a new world record for the longest flash. 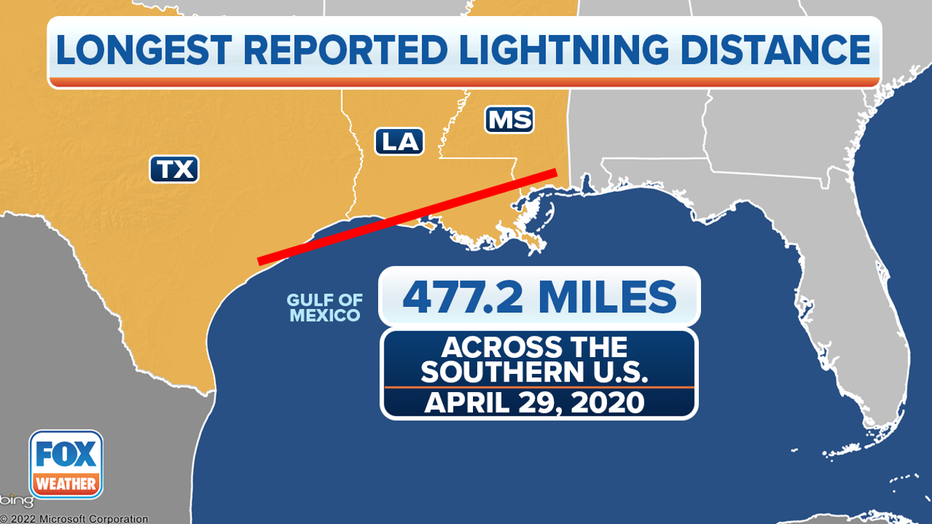 The longest single flash was recorded across parts of Texas, Louisiana and Mississippi and covered a horizontal distance of 477.2 miles on April 29, 2020. The previous record was 440.6 miles wide across parts of southern Brazil on Oct. 31, 2018.

Another single bolt of lightning on June 18, 2020, lasted 17.1 seconds over Uruguay and northern Argentina. It broke the previous 2019 record of 16.7 seconds for the greatest duration for a single lightning flash. 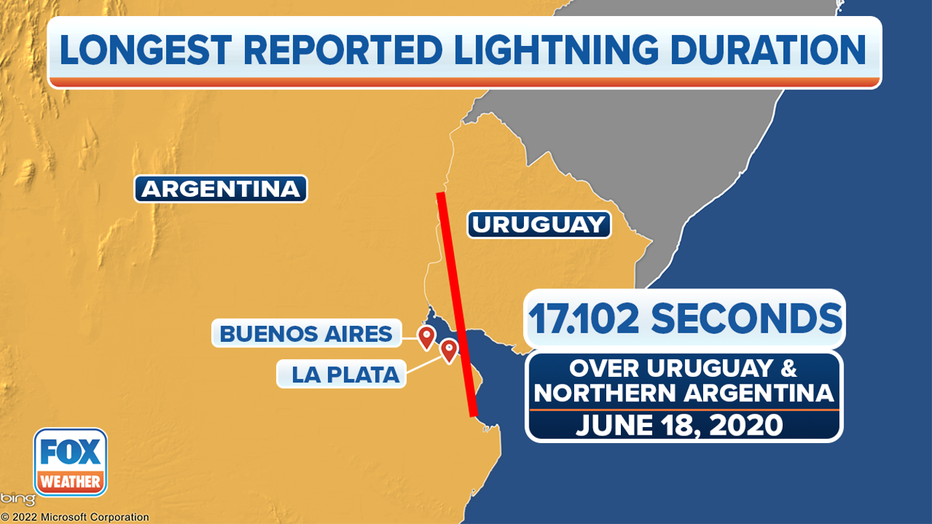 "These are extraordinary records from single lightning flash events. Environmental extremes are living measurements of the power of nature, as well as scientific progress in being able to make such assessments. It is likely that even greater extremes still exist, and that we will be able to observe them as lightning detection technology improves," said Randall Cerveny, a professor at Arizona State University and also the chief of records confirmation for WMO.

According to the meteorological organization, these extremely large and long-duration lightning events were not isolated but happened during active thunderstorms.

In 2021, there was a considerable increase in the number of lightning strikes in the United States according to a report by lightning research firm Vaisala.

Their national and global lightning detection system measured just over 194 million lightning strikes in the U.S. this past year -- 24 million more strikes than were recorded in 2020.