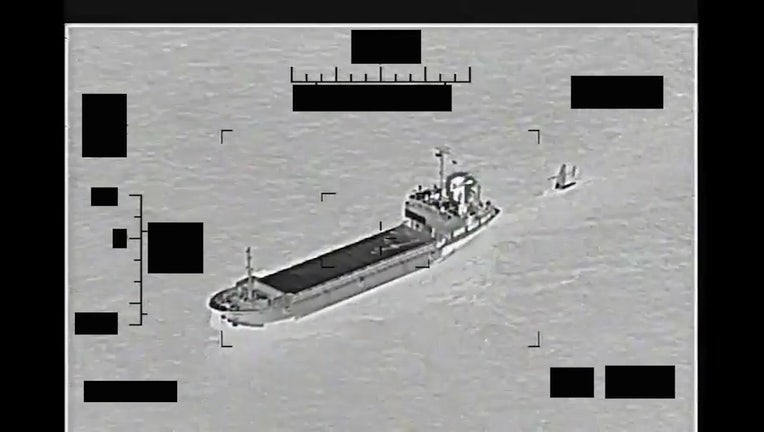 DUBAI, United Arab Emirates - Iran's paramilitary Revolutionary Guard seized an American sea drone Tuesday in the Persian Gulf and tried to tow it away, only releasing the unmanned vessel when a U.S. Navy warship and helicopter approached, officials said.

The incident marks the first time the Navy's Mideast-based 5th Fleet's new drone task force has been targeted by Iran.

While the interception ended without incident, tensions remain high between Washington and Tehran as negotiations over the Islamic Republic's tattered nuclear deal with world powers hang in the balance.

The Guard's Shahid Baziar warship attached a line to the Saildrone Explorer in the central part of the Persian Gulf in international waters late Monday night, said Cmdr. Timothy Hawkins, a 5th Fleet spokesman. The vessel then began towing the Saildrone Explorer, which carries cameras, radars and sensors for remotely monitoring the sea, Hawkins said.

The USS Thunderbolt, a Navy coastal patrol boat, as well as an MH-60 Seahawk helicopter, moved to shadow the Guard's ship. The Navy called the Shahid Baziar by radio to identify the drone as American, Hawkins said.

"Our response was one that as such made clear that this was U.S. government property and was operating in international waters and that we had every intention to take action if necessary," the commander told The Associated Press.

RELATED: Tomorrow’s ‘Top Gun’ might have drone wingman, use AI

Hawkins said the incident ended peacefully after some four hours as the Iranians unhooked the tow line to the drone and left the area as the American forces were nearby.

"This incident once again demonstrates Iran’s continued destabilizing, illegal and unprofessional activity in the Middle East," he said in a statement. 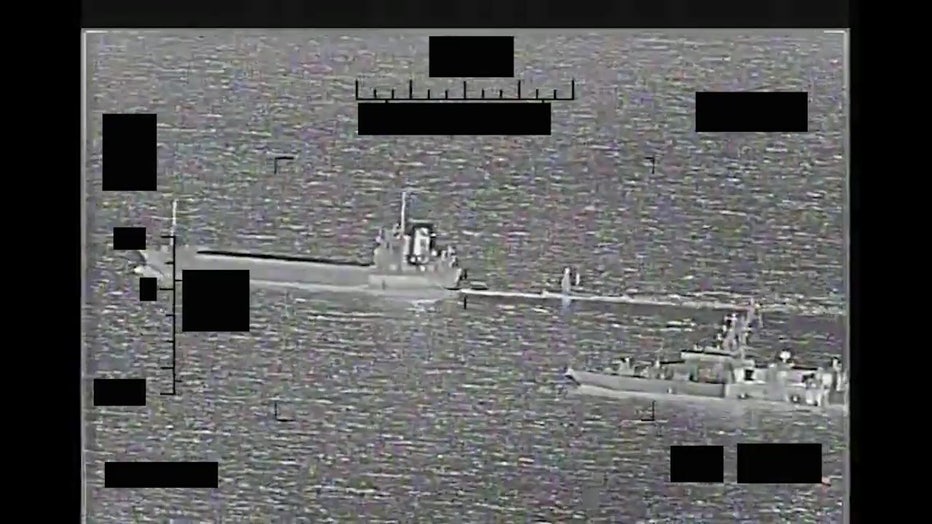 Iran's paramilitary Guard, which answers only to Supreme Leader Ayatollah Ali Khamenei, did not acknowledge the incident. Iran's mission to the United Nations did not immediately respond to a request for comment.

The 5th Fleet launched its unmanned Task Force 59 last year. The 5th Fleet's area of responsibility includes the crucial Strait of Hormuz, the narrow mouth of the Persian Gulf through which 20% of all oil passes.

It also stretches as far as the Red Sea reaches near the Suez Canal, the waterway in Egypt linking the Mideast to the Mediterranean, and the Bab el-Mandeb Strait off Yemen.

It also represents a region that has seen a series of at-sea attacks in recent years. Off Yemen, bomb-laden drone boats and mines set adrift by Yemen’s Houthi rebels have damaged vessels amid that country’s yearslong war. Near the United Arab Emirates and the Strait of Hormuz, oil tankers have been seized by Iranian forces. Others have been attacked in incidents the Navy blames on Iran.

Those attacks followed about a year after then-President Donald Trump's 2018 decision to unilaterally withdraw from Iran's nuclear deal, which saw sanctions on Tehran lifted in exchange for its drastically limiting its enrichment of uranium.

Iran now enriches uranium closer than ever to weapons-grade levels as officials openly suggest Tehran could build a nuclear bomb if it chose. Iran has maintained its program is peaceful, though Western nations and international inspectors say Tehran has a military nuclear program up until 2003.