Thousands of football fans in Kansas City pitched in to help R&B singer Ashanti belt out the national anthem after technical issues rendered her inaudible ahead of the Cincinnati Bengals versus Kansas City Chiefs AFC Championship on Jan. 30. (Credit: @KChiver via Storyful)

Prior to one of the most anticipated football games of the year, technical issues caused Ashanti’s mic to cut in and out as she performed the anthem.

Luckily for the singer, fans packed in Arrowhead Stadium — known as one of the loudest venues in the league — came to her rescue and started belting out the ‘Star-Spangled Banner’ in unison ahead of the Cincinnati Bengals vs. Kansas City Chiefs game. 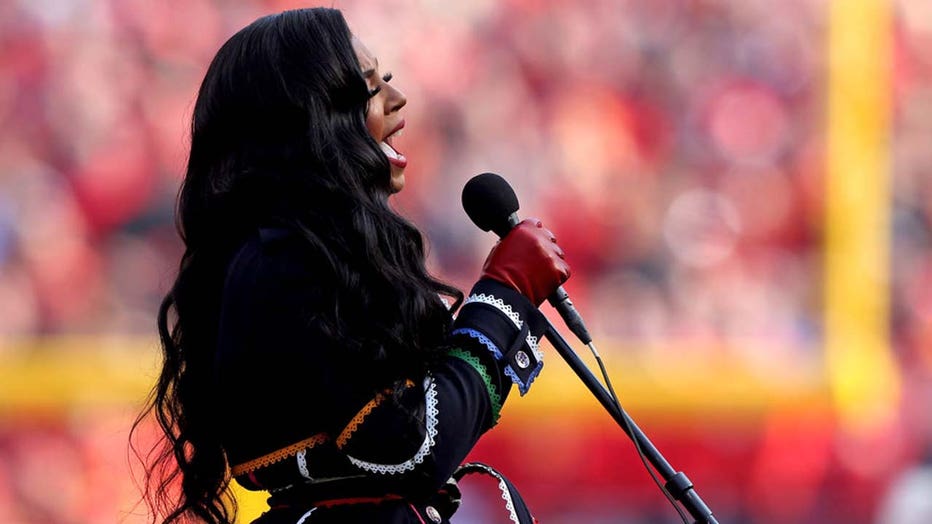 FILE - Grammy Award-winning singer-songwriter, actor and author Ashanti sings the national anthem prior to the start of the AFC Championship Game between the Kansas City Chiefs and Cincinnati Bengals at Arrowhead Stadium on Jan. 30, 2022 in Kansas Ci

The patriotic moment was captured in a video and shared by @KChiver on Twitter.

The stadium’s capacity is over 76,000 and holds the Guinness World Record as the loudest outdoor sports stadium. It is located in Kansas City, Missouri and in 2014, it was recorded that crowds roared at a whopping 142.2 decibels.

The Bengals beat the Chiefs 27-24 during overtime and are bound for the Super Bowl, which will take place in Los Angeles, California this year.

The Bengals are set to face the Los Angeles Rams on Feb. 13.