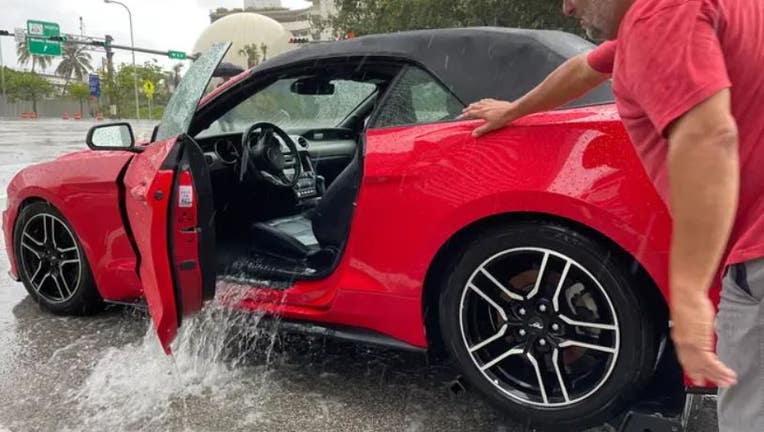 A man opens the door to let out flood waters that inundated his vehicle during heavy rains in Miami. (FOX Weather)

Flooding can be caused by a number of reasons, but most often it’s associated with very heavy rainfall.

When flooding occurs, there is a threat to life and property, so it’s best to stay informed about the situation by listening to local officials and by downloading the FOX Weather app.

It’s safe to stay off the roads when flooding occurs, but sometimes flash flooding occurs at a moment’s notice, stranding drivers inside flooded vehicles.

Once the water recedes and the scope of damage to a vehicle is known, drivers may want to know how to start the insurance process. 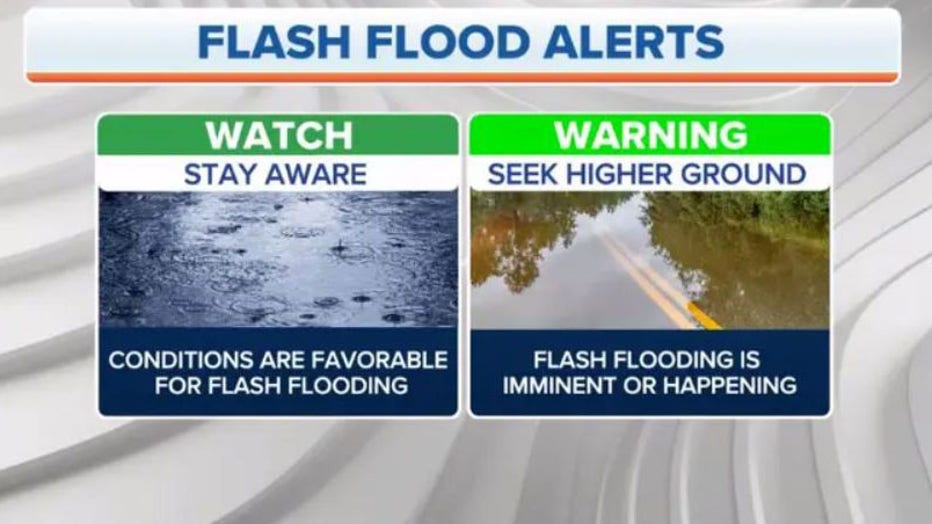 The differences between a Flood Watch and Flood Warning (FOX Weather)

Flood expert Chris Greene, with the Flood Insurance Guru, spoke to FOX6 News in Birmingham, Alabama, last October. He said it is crucial to reach out to your insurance company as soon as possible.

However, if someone does not have comprehensive coverage, they might not be covered at all.

A man opens the door to let out flood waters that inundated his vehicle during heavy rains in Miami. (FOX Weather)

"We always tell people, 'Take pictures of everything,'" Greene said.

Document where the water level was in your vehicle so that the insurance adjuster has documentation. 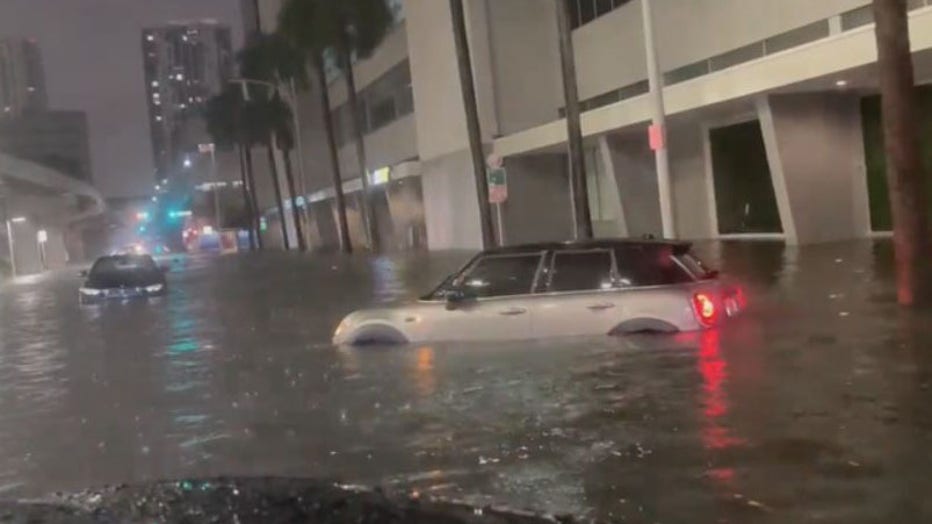 The City of Miami Fire Rescue was responding to multiple calls of cars stuck in floodwaters on Saturday, June 4, 2022. (@MFR_PIO/Twitter)

Even a minimal amount of water is a reason to be worried. There could be electrical or mechanical damage that you can't see, creating problems down the road.

Greene advises getting your car checked out to be safe.

In the event of future flooding events, move your car to higher ground. If you're driving, turn around instead of going through deep water.