LAKE CHARLES, La. - Some tense moments between a small, territorial alligator and a Louisiana woman were caught on camera.

Louisiana resident Kelsey Marcantel uploaded the video on social media of a woman trying to move the gator away from the roadway in Lake Charles on June 13.

The video shows the woman trying to guide the gator away from the road using her foot, but the stubborn gator won’t move.

Marcantel shared the video on TikTok with a caption: "Typical day in Louisiana." 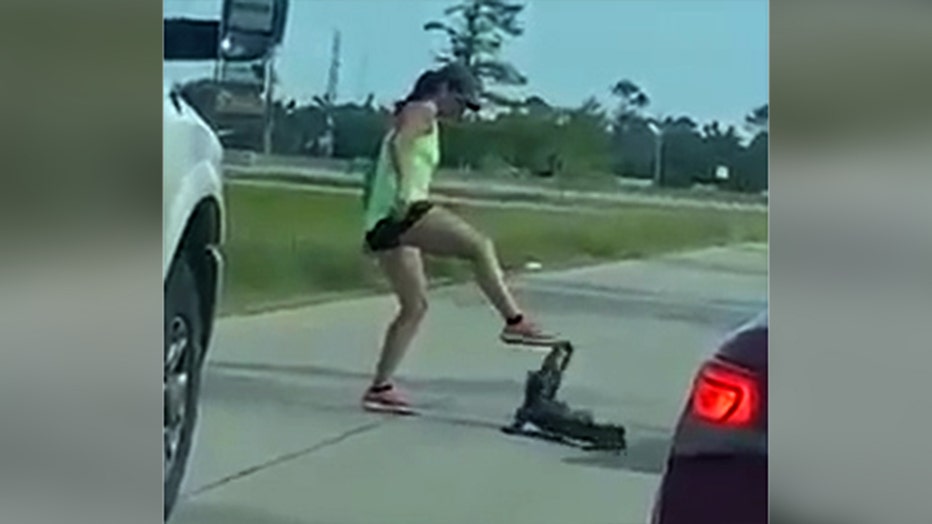 Several cars were parked on the roadway behind the scene as it unfolded.

Just before the end of the video, a man holding a stick walked over to help the woman persuade the gator to move.