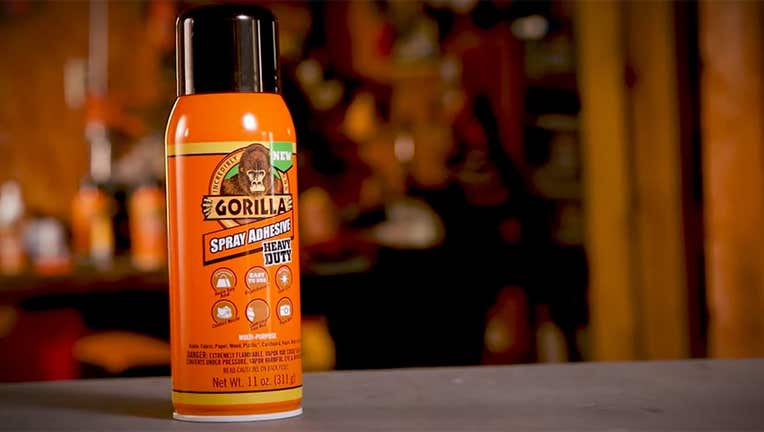 It’s not so funny anymore.

A Louisiana woman who styled her hair with Gorilla Glue — and went viral for it — is now updating her TikTok followers on the difficult process of trying to reverse the damage.

Late last week, Tessica Brown admitted on TikTok that she decided to use Gorilla Glue spray adhesive after running out of Got2b Glued, her preferred brand of hairspray.

In the video, Brown explained that she tried washing her hair at least "fifteen times" to get the glue out, but the glue just wouldn't budge.

Many of the commenters were quick to make jokes at Brown’s expense, with some in disbelief over her choice to use Gorilla Glue, and others teasing her for the "helmet" she gave herself.

"Well, I mean at least it looks good," one user wrote.

Whether it looked "good" or not, Brown was eager to have a pliable head of hair once again, as evidenced by her attempts to loosen the glue with conditioners, coconut oil and tea tree oil. In one particular video, she appeared on the verge of tears when demonstrating her difficulties.

"I thought this was [funny]," one commenter admitted. "I would like to apologize."

Brown, out of options, later suggested that she took herself to the emergency room at the St. Bernard Parish Hospital in Chalmette, La., where they apparently instructed her to use sterilized water and nail polish remover pads to remove the adhesive, according to a photo Brown shared on Instagram. Then, on Sunday, Brown shared a YouTube video of another woman helping to apply the pads to her scalp, while Brown wiped away tears and, at one point, winced in pain.

"It looks like she’s in a lot of pain," another added. "This situation isn’t funny, y’all."

Brown has promised to update her followers on the outcome of the process. She did not immediately respond to Fox News request for comment on her current condition.

In the meantime, Brown’s followers have been sending messages of sympathy and support. Celebrities like Missy Elliot and Chance the Rapper have also chimed in, with the latter saying he hopes "she recovers well," and that he’s glad people are "actually supporting her thru this."

Even Gorilla Glue chimed in, telling TMZ that perhaps Brown could try saturating her hair in rubbing alcohol to remove the glue — and Tessica told the outlet she plans on trying it, if all else fails.

Brown and her sister Juanita, meanwhile, have also set up a GoFundMe account to help raise money for Brown’s medical bills. As of Monday morning, it had already exceeded its $1,500 goal by more than $5,000.