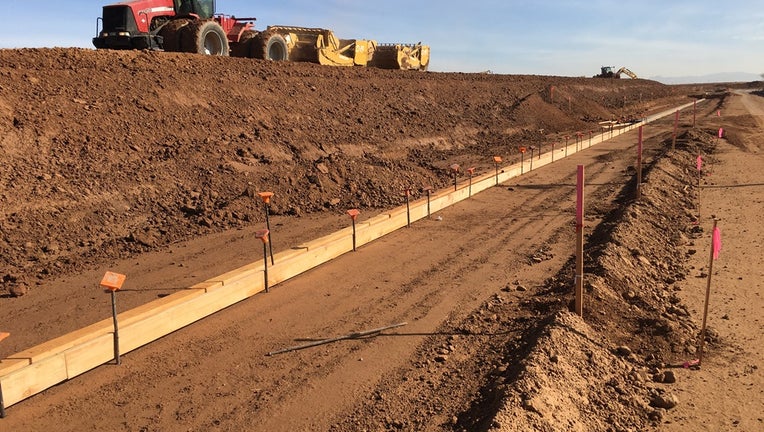 GILBERT, Ariz. - Construction crews have begun work on a freeway extension project in the southeastern corner of metro Phoenix.

The Arizona Department of Transportation says the $77 million project will extend State Route 24, also known as the Gateway Freeway, 5 miles eastward from Ellsworth Road to Ironwood Drive in an area east of Phoenix-Mesa Gateway Airport.

The department says the extension is scheduled to open by late 2022 and provide drivers with a new route to east growing traffic demands.

According to the department, there will be several weekend closures of a westbound on-ramp at Ellsworth Road in February and March as well as overnight restrictions on Ellsworth Road at various times in the coming months.

The planned closures and restrictions are due to a dirt-hauling operation and road crossings by heavy equipment.