With its investments, Apple set a target of creating 20,000 more jobs nationwide in the next five years.

LOS ANGELES - iOS 14.5, Apple’s latest update for iPhones, is expansive. It comes with new emojis, new voices for Siri and even a way to unlock your phone while still wearing a face mask. Well, kind of.

As soon as health experts across the globe recommended everyone wear face masks to protect themselves and others from the ongoing coronavirus pandemic, it has been somewhat of a frustration for iPhone users who rely on face ID to unlock their phones.

Instead of the seamless action of flashing your face to your phone’s screen, people wearing face masks have been required to enter in their passcode to unlock their phones. As advanced as Apple’s facial recognition software is, it wasn’t able to recognize users wearing some form of facial covering.

Just over a year into the pandemic, Apple has finally provided a measured solution. 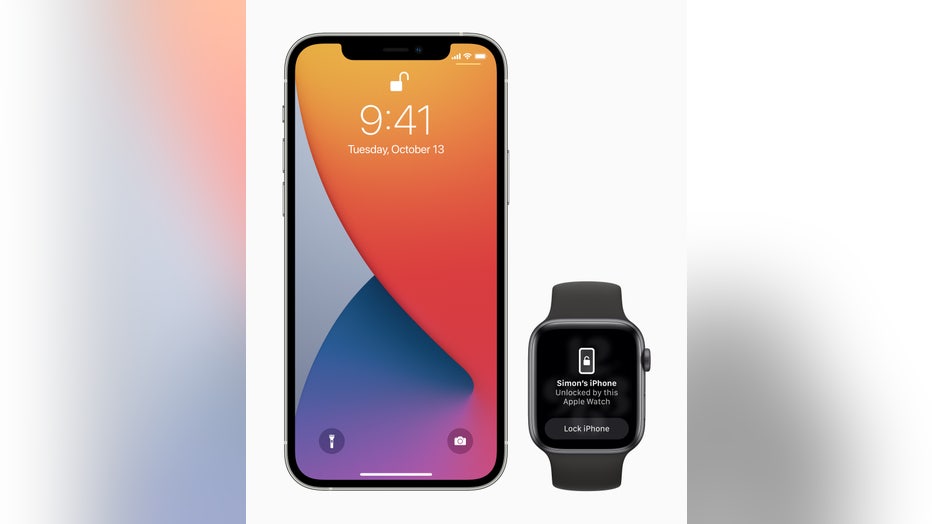 Apple's latest software update allows you to unlock your phone while still wearing a facemask using your Apple Watch. (Apple)

Once you have iOS 14.5 downloaded, open the settings app on your iPhone and select "Face ID & Passcode." Enter your PIN then scroll down until you find "Unlock with Apple Watch." If you own an Apple Watch, it should be listed there and you should be able to toggle on the new feature.

Apple provides a step-by-step instruction video on how to do this:

While you can use the new feature to unlock your phone, you won’t be able to use it for Apple Pay, signing into apps or with other features that use Face ID.

But the new iOS rollout’s features aren’t limited to masked unlocking of your iPhone.

Apple is now requiring app developers to ask for permission before tracking your phone’s activity across apps and websites.

Once the software update is installed — something most iPhone users do — even existing apps on the device will be required to ask and receive consent to track online activities. That’s a shift social media companies like Facebook have fiercely resisted, most prominently in a series of full-page newspaper ads blasting Apple.

Until now, Facebook and other apps have been able to automatically conduct their surveillance on iPhones unless users took the time and trouble to go into their settings to prevent it — a process that few people bother to navigate. 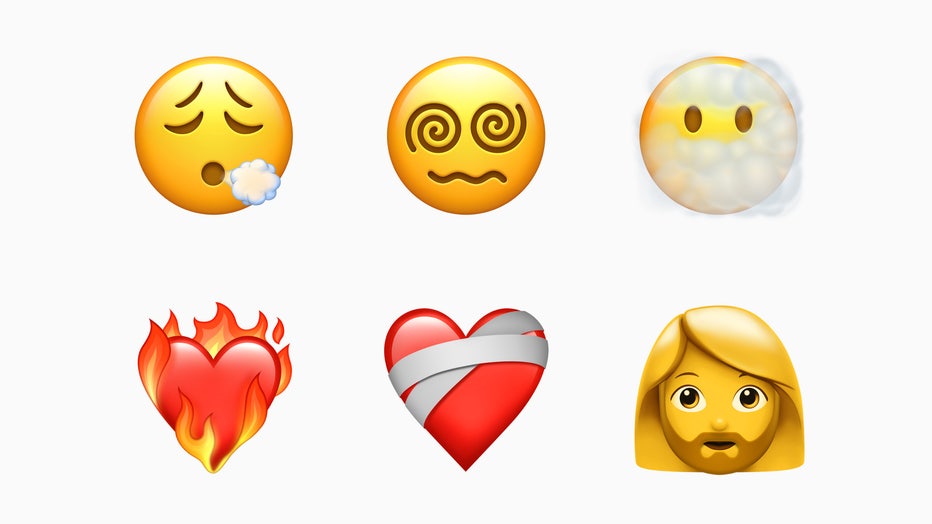 Online tracking has long helped Facebook and thousands of other apps accumulate information about their user’s interests and habits so they can show customized ads. Although Facebook executives initially acknowledged Apple’s changes would probably reduce its revenue by billions of dollars annually, the social networking company has framed most of its public criticism as a defense of small businesses that rely on online ads to stay alive.

With iOS 14.5, iPhone users can report accidents, hazards and speed checks along a route in the Maps app when getting directions.

A new "Report" option has been made available in Apple Maps and allows users to report various incidents, including speed traps, that will be used as crowdsourced information for other iPhone users.

Specific ETA for walking and cycling directions in Apple Maps

When using Apple Maps specifically for directions while walking or riding a bicycle, users now have the option to send an estimated time of arrival to someone in a text message.

Apple’s AirPlay service allows Apple users to wirelessly send audio or video content from their phones to be played on another device.

A new version has been launched with iOS 14.5 called AirPlay 2 which allows users to stream music to multiple devices at once to create a multi-room audio system similar to products from companies like Sonos.

The same feature also allows users to project content from Apple’s latest exercise streaming service onto a nearby television from either an iPhone or an iPad.

When you ask Siri to play music or a podcast, before the most recent update, it would not allow third-party platforms to be set as a default for the artificial intelligence feature.

Now, if you are a Spotify user, you can make that service your default music choice and ask Siri to play a song for you instead of having to use Apple Music.

Once you select a default music player in your phone’s settings, Siri will remember which streaming platform you chose.

Siri now has a total of four voices to choose from in the American English category. Siri can also be programmed to tell you who is calling you and can be used to create group FaceTime calls and dial emergency contacts.