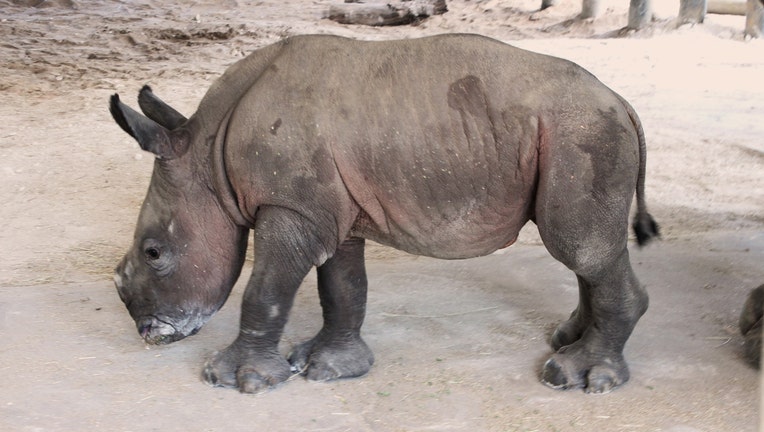 ZooTampa says the calf appears to be strong and is nursing alongside her mother, a 20-year-old rhino named Alake, who is also doing well.

The yet-to-be-named rhino is expected to join the rhino herd, which is called a crash.

The calf’s parents paired up through the Species Survival Plans (SSP) overseen by the Association of Zoos and Aquariums (AZA) to ensure the survival of these protected species.

The southern white rhino population had dwindled to an estimated 50-200 at the beginning of the 20th century, but through conservation efforts, the population of white rhinos in their native range in Africa has rebounded to about 20,400 animals, according to ZooTampa. 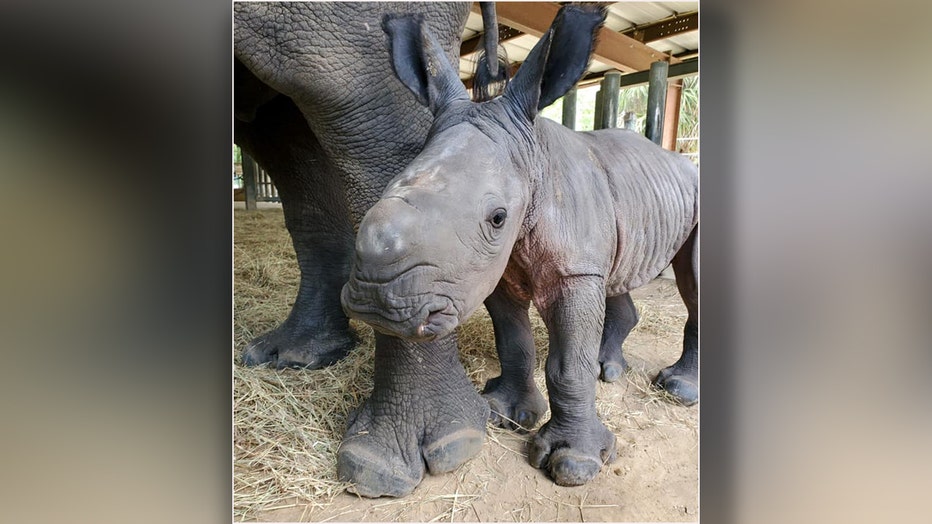 However, the species remains classified as near threatened by the International Union for Conservation of Nature (IUCN) due to threats in the wild due to habitat loss and illegal poaching for their horns.

ZooTampa guests will be able to see the baby aboard the new Expedition Wild Africa which is scheduled to open soon.