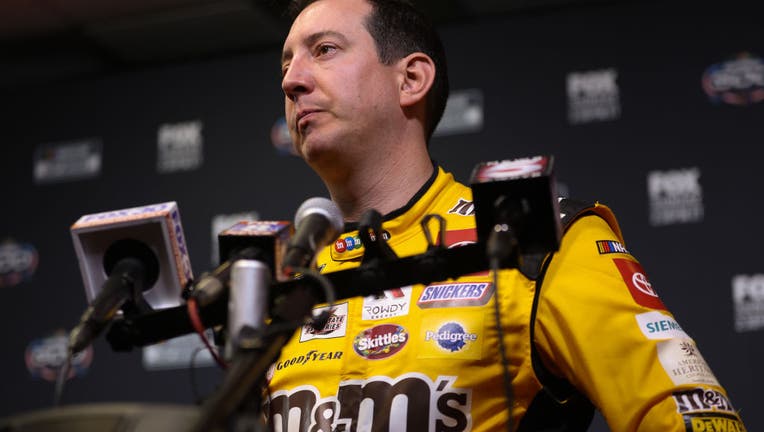 His fortunes at NASCAR’s most famous track are filled with bad luck, bad timing and maybe even a few bad decisions. Busch is winless in 16 starts in NASCAR’s season opener, a losing streak that’s more of a head-scratcher than a heartbreaker.

After all, the two-time Cup Series champion has won at just about every stop on NASCAR’s racing circuits. He’s even partied in victory lane at Daytona International Speedway, just not following the 500. He won the July race at Daytona in 2008. He has also celebrated poles, topped exhibition events and even won here in other series.

But the ultimate prize at NASCAR’s ultimate track has eluded him, maybe even gnawed at him, for his entire professional career.

He gets a chance to end the skid Sunday in the 64th running of "The Great American Race."

"It’s at the top of the to-do list," Busch said. "That box has not yet been checked, so it’s the top one. I don’t think there’s anything else higher than that, not even close to as high as that."

Busch has 222 wins across NASCAR’s top three series, with 59 of those coming at the top-tier Cup level. He has taken his traditional bows, along with the standard boos, at tracks from Homestead to Sonoma, from New Hampshire to Fontana, and just about everywhere in between. He has won eight times at Bristol and six times at Richmond.

Daytona, though, has remained just out of reach.

"When we check that box, where does it stack in regards to career accomplishments? I mean, it’s going to be near the top. I don’t know if it’s as much as the championship, but it’s definitely going to be top of race wins for sure.

"It’s a big win, would love to be able to accomplish that. I don’t want to make excuses, but there’s a lot of guys that have been greats in our sport that did not win that race. So I would not like to go down as one of those guys. But we’ll work hard to make sure that doesn’t happen."

NASCAR legend and seven-time Cup champ Dale Earnhardt won in his 20th try, a victory that was celebrated by just about everyone in the garage.

Busch won’t be that kind of sentimental favorite. His ability to win in any series and on every type of track makes him one of the guys to beat every week, but he’s never been an overly popular driver.

Busch has been close plenty of times, including a few unforgettable finishes.

In 2008, Busch’s first season at Gibbs, Team Penske drivers Ryan Newman and Kurt Busch steamrolled past Busch and Stewart just a few hundred yards from the finish line. Busch finished third in 2016 and sandwiched in the middle of a 1-2-3 sweep for JGR in 2019.

And just last year, Busch was running near the front when Penske teammates Joey Logano and Brad Keselowski made contact on the final lap and took him out, along with a chunk of the field.

"I’ve been in prime position to win it late in the race and just circumstances happen," Busch said. "I’ve been oh so close, really near the end of a run or end of the race, and just haven’t been able to get it done. It’ll happen when it happens. You can’t force it.

"You can be running third and spin somebody and win. Or you can be running fourth and have the top three get caught up in a wreck and win. So really you just have to try to dodge the wreck at the end because we all know that’s inevitable. It’s going to happen."