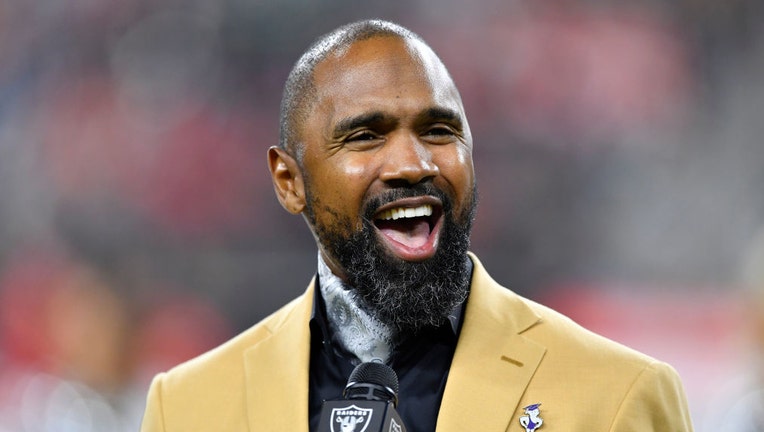 Former Las Vegas Raiders player Charles Woodson speaks after receiving his Hall of Fame ring before the game between the Kansas City Chiefs and the Las Vegas Raiders. (Photo by Chris Unger/Getty Images)

WASHINGTON - This year’s Daytona 500 will have even more star power when former NFL star and current FOX Sports analyst Charles Woodson serves as grand marshal for the 64th running of the iconic race.

Woodson will give the "Drivers, Start Your Engines" command for the Great American Race at 2:30 p.m. ET Sunday, Feb. 20 on FOX at Daytona International Speedway, the season-opener for the NASCAR Cup Series.

Woodson played 18 seasons in the NFL with the Oakland Raiders and Green Bay Packers. The nine-time Pro Bowler won a Super Bowl championship with the Packers and was the 2009 Defensive Player of the Year and 1998 Defensive Rookie of the Year.

The Hall of Famer and Heisman Trophy winner joined FOX NFL Kickoff for the 2021 season after appearances as a FOX NFL and Big Noon Kickoff college football studio analyst.

The Daytona 500 will have practices and scheduled events leading up to the big race on Feb. 20 on FOX.

Fans searching for the full race schedule and ticket information for the Daytona 500 can find it here.