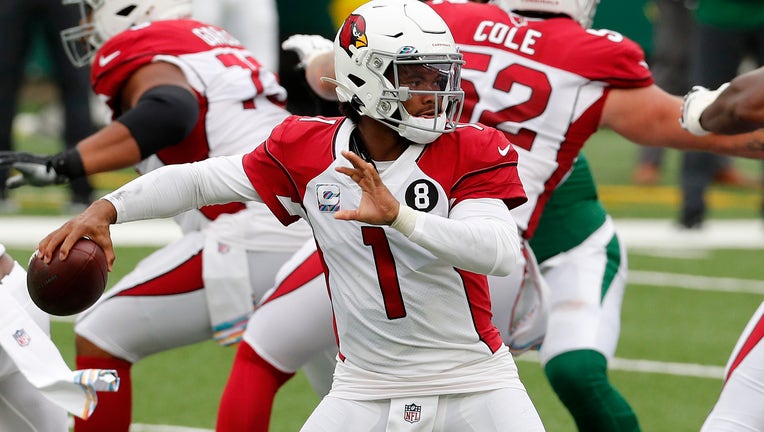 Kyler Murray #1 of the Arizona Cardinals in action against the New York Jets at MetLife Stadium on October 11, 2020 in East Rutherford, New Jersey. The Cardinals defeated the Jets 30-10. (Photo by Jim McIsaac/Getty Images)

ARLINGTON, Texas (AP) — It's homecoming week for the Dallas Cowboys and Arizona Cardinals, or at least it feels that way about as much as an NFL game can.

Andy Dalton's first start for the Cowboys in place of injured star quarterback Dak Prescott will be just a few miles from where the Houston-area native had a standout career at TCU.

Two more Texas natives will be on the other sideline, with Arizona quarterback Kyler Murray and coach Kliff Kingsbury making their “Monday Night Football” debuts in their first NFL appearances in their home state.

For Murray, it will be in a stadium where he's won four championships — three straight state titles in high school football-obsessed Texas for nearby Allen and a Big 12 crown with Oklahoma in a win over rival Texas two years ago.

Advertising: Enter the NFL Challenge contest on the Fox Super 6 app for free and you can win the $1 million jackpot! Download now at foxsuper6.com.

The Cardinals (3-2) are playing the last of three consecutive road games while the Cowboys (2-3) wrap up three straight at their $1.2 billion venue with the retractable roof and huge video board hanging over the middle of the field.

Those sights are also familiar to Kingsbury, who grew up just north of San Antonio and coached Texas Tech for six straight seasons against Baylor in Dallas owner Jerry Jones' crown jewel.

“I'm a huge fan of the state and of the Cowboys, the Jones family,” he said. “To come back on a professional level and then be part of a Monday night game is a huge honor.”

All that aside, Dalton is the biggest story in trying to keep Dallas' playoff hopes intact a week after the emotional loss of Prescott to a gruesome-looking broken ankle.

A nine-year starter with 70 career wins in Cincinnati, Dalton stepped in and led two fourth-quarter drives to field goals, the latter on the final play of a 37-34 win over the New York Giants. As a senior at TCU in 2010, Dalton led the Horned Frogs to the school's only undefeated season in the past 82 years.

“That’s the first thing he says: ‘I came here to win. I came here to play. So, let’s do it,’” said receiver Michael Gallup, who had spectacular sideline catches on consecutive plays to set up the winning field goal. “That’s all I really need to know.”

LIFE WITHOUT JONES FOR CARDS

The Cardinals will be playing their first game in 4½ years without All-Pro linebacker Chandler Jones. The 30-year-old sustained a biceps injury during last week's 30-10 win over the Jets and will need season-ending surgery. Kingsbury said the rehab process was expected to take up to four months.

Jones has 61 sacks in 69 games during his time in the desert. Kingsbury said several younger linebackers would have to step up in Jones’ absence, including Hasson Reddick, Dennis Gardeck and rookie Isaiah Simmons, who was the No. 8 overall pick in April. Gardeck had the first two sacks of his career after Jones' first-half injury.

Prescott wasn't the only Dallas player whose season ended last week against the Giants. Trysten Hill tore a knee ligament just as the second-year defensive tackle was showing some of the promise that made him the Cowboys' top draft pick as a second-rounder in 2019.

Those two injuries leave Dallas with six players out for the season. The others are both offensive tackles, Tyron Smith and La'el Collins, tight end Blake Jarwin and defensive tackle Gerald McCoy, whose torn leg muscle during training camp gave Hill his first chance to shine.

“Unfortunately, luck hasn’t been on our side this year,” said Tyrone Crawford, a nine-year veteran who will be counted on more with Hill gone. “Sometimes you get the good year, sometimes you get the bad year. Right now we’re trying to make the best out of some bad situations. Take the rear-view mirror off and just roll.”

Several Cardinals have had big performances on Monday night, including veteran receiver Larry Fitzgerald, who will be making his 10th appearance. The 11-time Pro Bowler had 13 catches for 149 yards and a touchdown in his previous appearance in 2017, which was a 28-17 loss to the Cowboys.

Receiver DeAndre Hopkins is also playing in his 10th MNF game after making nine appearances with the Texans. He has 700 career yards receiving and four touchdowns on Mondays and has topped 100 yards three times.

Running back Kenyan Drake had a combined 285 yards of total offense for the Miami Dolphins over two appearances in 2017, including a 66-yard touchdown run.

The Cardinals are above .500 this late in the season for the first time since 2015, their most recent playoff year. Yet Arizona has to settle for third in the NFC West behind Seattle (5-0) and the Los Angeles Rams (4-1).

Meantime, the Cowboys lead the NFC East, the only division that doesn’t have a team with a winning record. Dallas would be tied for last with San Francisco in the NFC West.

The Cowboys expect middle linebacker Leighton Vander Esch to return after breaking a collarbone in the opener against the Los Angeles Rams. That's a week after cornerback Anthony Brown returned from missing three games with a rib injury. 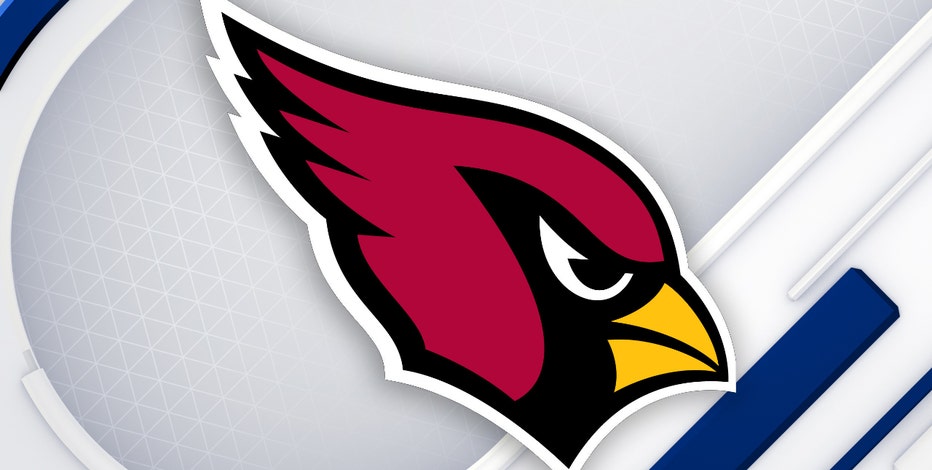 Cardinals All-Pro LB Jones out for season with biceps injury

An MRI earlier this week confirmed the extent of the injury, which happened during the first half of Arizona’s 30-10 win over the New York Jets on Oct. 11. 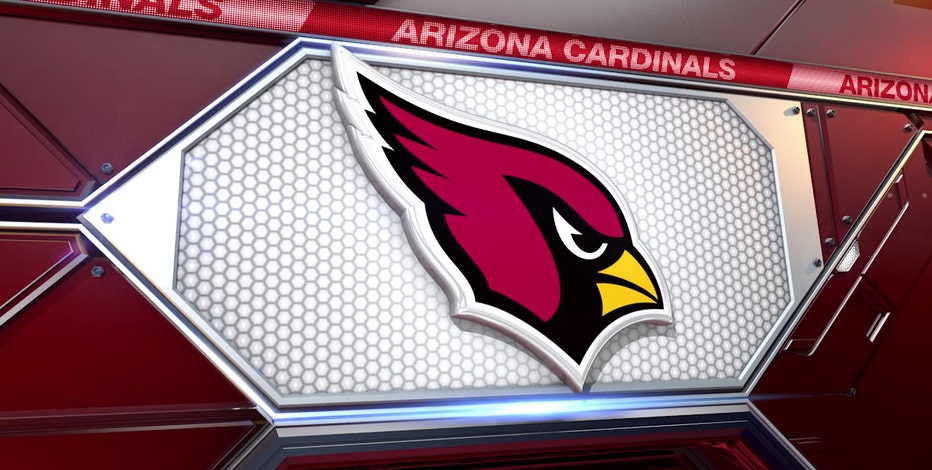 Kyler Murray ran for a touchdown and threw another to DeAndre Hopkins as the Cardinals snapped a two-game losing streak with a 30-10 victory over the Jets, further putting coach Adam Gase’s future in jeopardy after an 0-5 start.