Despite a year that featured a pandemic shutdown, a tournament in a Florida bubble, and a restart in home markets largely without fans, this has been one of the most dramatic and compelling playoffs in league history, and delivers a championship matchup with storylines galore.

LOS ANGELES - After a season unlike any of the 24 that came before, Major League Soccer has reached its title game, MLS Cup 2020 between the Columbus Crew and Seattle Sounders, Saturday night on FOX. And despite a year that featured a pandemic shutdown, a tournament in a Florida bubble, and a restart in home markets largely without fans, this has been one of the most dramatic and compelling playoffs in league history, and delivers a championship matchup with storylines galore.

An MLS original that was part of the league’s foundation in 1996, Columbus, Ohio has long made itself one of the most important cities in American Soccer history: MAPFRE Stadium, which will host Saturday’s finale, was the first stadium built by and for an MLS team, and for that matter made itself the spiritual home of the US Men’s National Team as host for historic World Cup Qualifying wins over Mexico dating back to 2001. 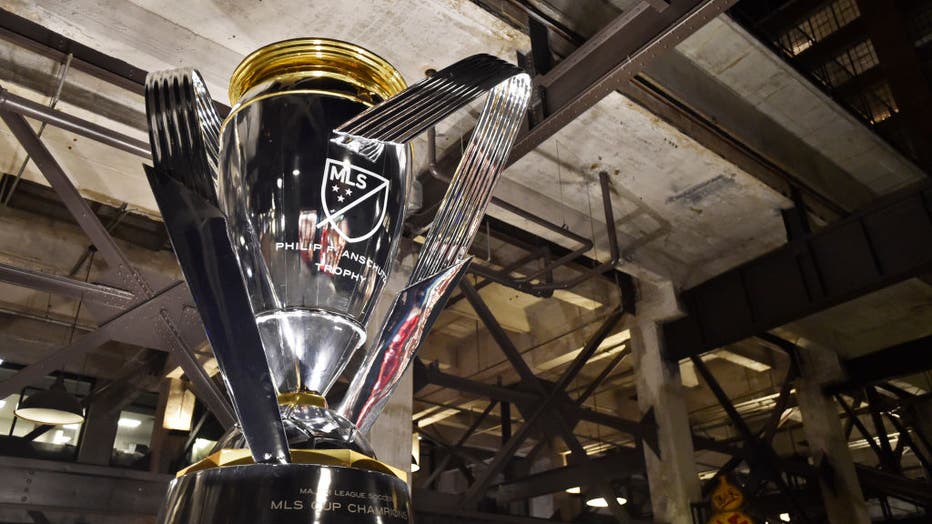 A replica of the Philip F. Anschultz trophy for the MLS Cup between the Portland Timbers and Atlanta United is on display on December 5, 2018, outside Ponce City Market in Atlanta, GA.

And yet amidst a playoff run in 2017 this team was suddenly facing relocation to Austin, Texas, only to see fans on a local and national level band together to create the “Save The Crew” campaign, and new ownership in the form of Dee and Jimmy Haslam, as well as longtime team physician Dr. Pete Edwards, kept the team in Columbus in 2018. They’ve been rewarded with a chance to win just the second title in team history, led by coach Caleb Porter, who ironically won MLS Cup 2015 against the Crew as coach of the Portland Timbers.

If the Crew represent the foundation laid by the original MLS clubs, the Sounders represent how expansion has caused the league to explosive growth: we’d never seen crowds like those that were showing up in Seattle in 2009, we’d never seen American stars abroad repatriated like Kasey Keller and Clint Dempsey, and we’d never seen a team make the playoffs every single year of their existence as the Sounders have done.

In the summer of 2016 it looked however like that original success and momentum had petered out, as they sat 10 points below the playoff line and had just fired legendary coach Sigi Schmid. Instead, his replacement Brian Schmetzer—himself a former player and coach of the Sounders in their pre-MLS days—engineered one of the most remarkable midseason turnarounds in league history, lifting MLS Cup that year. And then they were back the following year, and won a second title in 2019! Saturday marks Seattle’s fourth title shot in five years, and the chance to become the first back-to-back winners since the LA Galaxy in 2012.

In a year unlike any other, in a building filled with American Soccer history, with two clubs representing two defining eras of Major League Soccer’s first quarter century, it’s a very fitting finale to the 2020 MLS season. Columbus Crew, Seattle Sounders, MLS Cup 2020, Saturday night at 8pm ET on FOX.