NASCAR has transformed the storied Los Angeles Coliseum into a racetrack. The 2022 racing season revs up Sunday with the very first Busch Light Clash.

This preseason exhibition kicks off NASCAR’s racing season on FOX ahead of the Daytona 500, also airing on the network later this month.

Sunday’s event will feature celebrity appearances and live music performances from Pitbull and Ice Cube. NASCAR’s Next Gen car will be unveiled at the race as a symbol of the sport’s return to stock car racing. NASCAR says the car is designed to test the skills of the top racecar drivers. 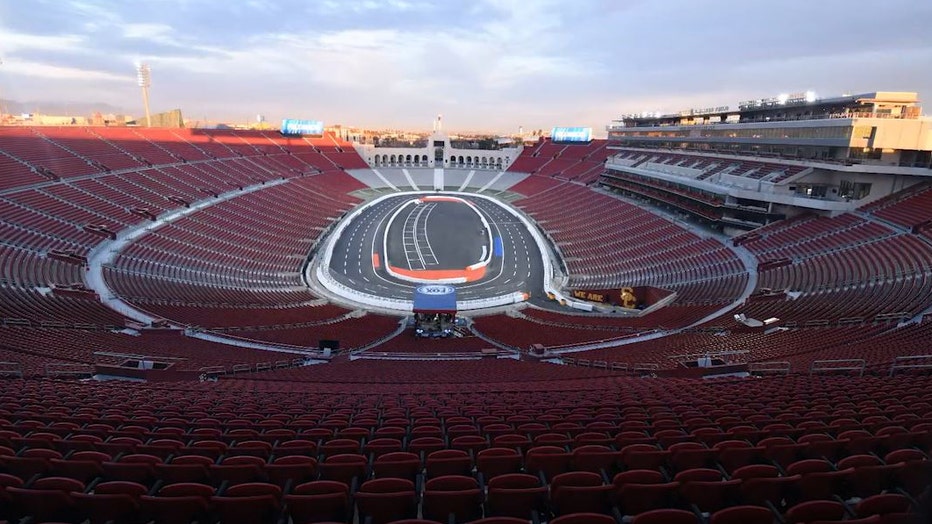 NASCAR has transformed the storied Los Angeles Coliseum into a racetrack for the very first Busch Light Clash. (Photo courtesy of FOX)

This preseason exhibition race will feature 23 cars on a quarter-mile track in the Coliseum, and NASCAR will use heat races to establish the field for Sunday’s race.

The top three finishers from each qualifying heat will advance to the 150-lap main event. The 23rd and final spot in the main event will go to 2021 cup champion Kyle Larson, who earned the spot because he finished with the highest driver standing last year, FOX Sports’ Bob Pockrass reports.

Watch how NASCAR transformed the Los Angeles Coliseum into a 1/4-mile racetrack.

NASCAR is coming to Hollywood. The Los Angeles Coliseum hosts the very first Busch Light Clash at the Coliseum Sunday.

Don’t miss The Busch Light Clash at the Coliseum at 5 ET Sunday only on FOX.