A 2021 NBA Finals faceoff between the Milwaukee Bucks and Phoenix Suns was not a matchup many saw coming – but a UW-Madison junior predicted just that all the way back in 2016.

MILWAUKEE - A 2021 NBA Finals faceoff between the Milwaukee Bucks and Phoenix Suns was not a matchup many saw coming – but a UW-Madison junior predicted just that all the way back in 2016.

Plahmer is gaining national attention for a 5-year-old tweet. The Bucks fan was just 15 years old himself when he posted the prophecy.

"Pretty much, I saw a tweet by a Cubs fan in 2016 and they predicted the World Series like two years beforehand. I was like ‘why don’t I make a tweet of my own?'" said Plahmer. 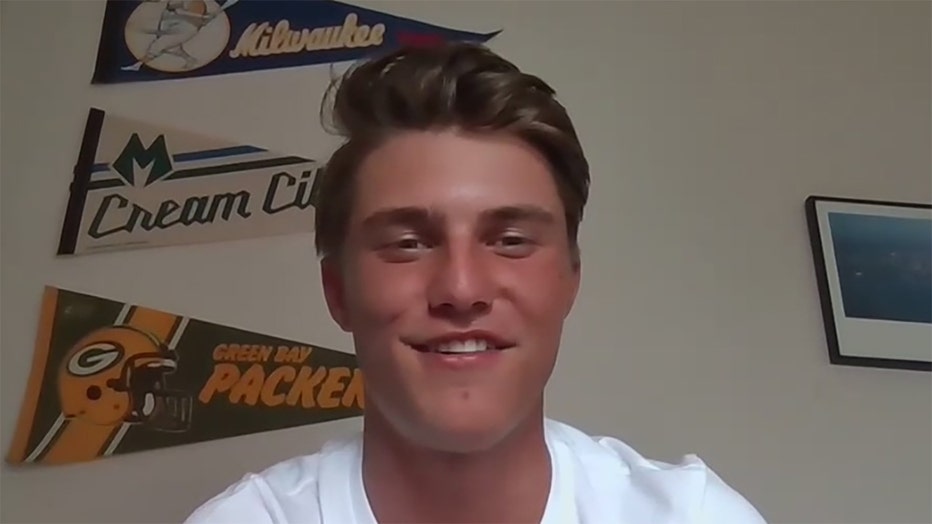 It wasn't until this year's Eastern Conference Finals that Plahmer remembered the wild prediction. It has now been retweeted more than 18,000 times.

When FOX6 News talked with Plahmer on July 7, he revealed how predicting big events runs in the family, too.

"My mom is actually a former meteorologist. She said some of her friends made jokes to her like, ‘Oh, your suos good at predictions just like you, he should’ve been a meteorologist,'" said Plahmer. 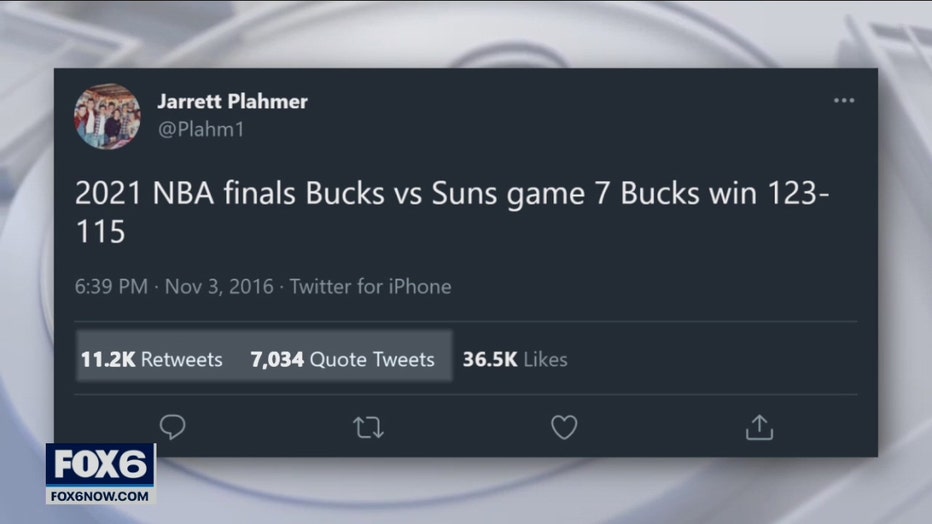 The Bucks lost the series opener, but the NBA Nostradamus believes the team will win it all.

"I think it’s going to be six or seven (games.) I would love Bucks in six – everyone does, you know," Plahmer said.