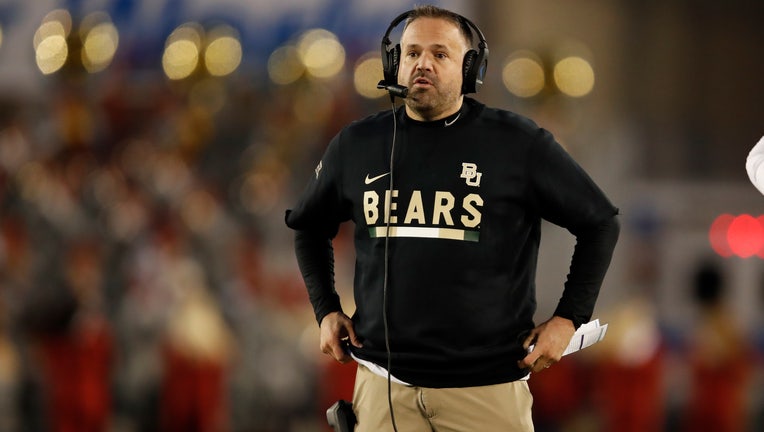 CHARLOTTE, N.C. - The Panthers coaching search appears to be over.

The Panthers have announced plans to hire Baylor’s Matt Rhule as the organizations’ next head coach, sources told Yahoo Sports on Tuesday.

Rhule, 44, has been the head coach at Baylor since 2016. Multiple NFL teams including the New York Giants expressed interest in Rhule over recent weeks. Rhule grew up in New York City. The Panthers front office flew to Waco on Monday to formally interview Rhule, multiple reports indicated.

The Panthers fired Ron Rivera in December following a subpar performance in a loss against the Redskins and the team’s fourth straight loss. Rivera was with the Panthers for nine seasons.

The Panthers finished the season 5-11 having lost 10 of the last 12 games.

One of the very few bright spots for the team this year was Christian McCaffrey, who broke multiple rushing records and was named to the Pro Bowl.

Questions still remain around the health and availability of franchise Quarterback Cam Newton who spent most of this season sidelined. He has one year left on his contract worth $12 million but the Panthers could save about $17 million by cutting him. Newton underwent foot surgery for a lisfranc injury and is expected to start his return sometime around May. Newton underwent shoulder surgery on his throwing shoulder in 2019.