Marcos Anthony Herrera, 41, and Anthony Michael Murray, 45, are accused of committing robbery, identity theft, money laundering, credit card theft, drug possession, and more during the months of April and May.

The investigation began after a victim was robbed outside a business on April 15, police said. Two burglaries were committed the following month, and Scottsdale investigators linked the two men to all of those crimes.

Herrera and Murray were taken into custody on May 18. Authorities did not say what evidence led to their arrest.

"The two are responsible for at least 12 separate crimes in multiple cities across the valley," officers alleged. 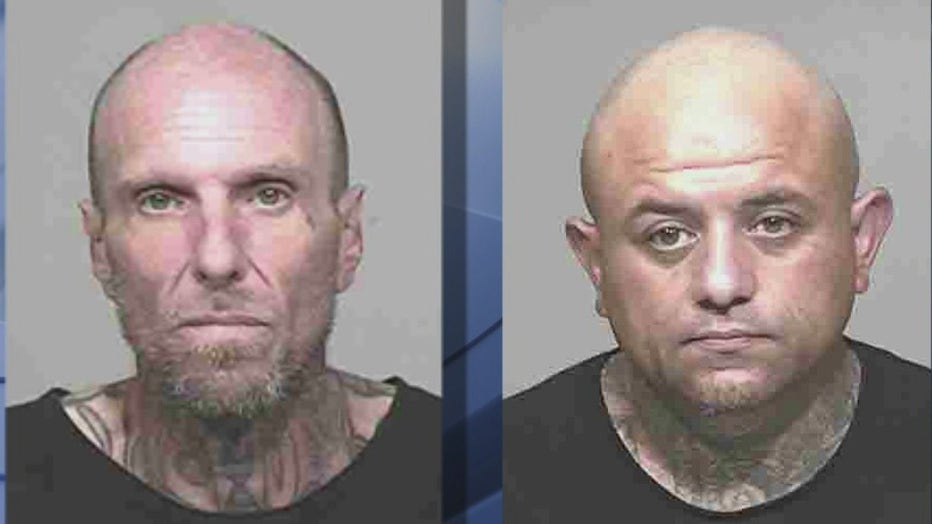