Three adults and a baby were critically injured in a three-car crash with a Phoenix city bus near 40th Street and McDowell Road on Monday night.

The crash happened near 40th Street and McDowell Road, says Captain Todd Keller with the department on May 3.

The victims were all rushed to the hospital in critical condition. They include the baby girl, a 19-year-old woman, a 22-year-old man and a 26-year-old woman.

There aren't any details about what led up to the crash and what roles the three drivers played in the crash. 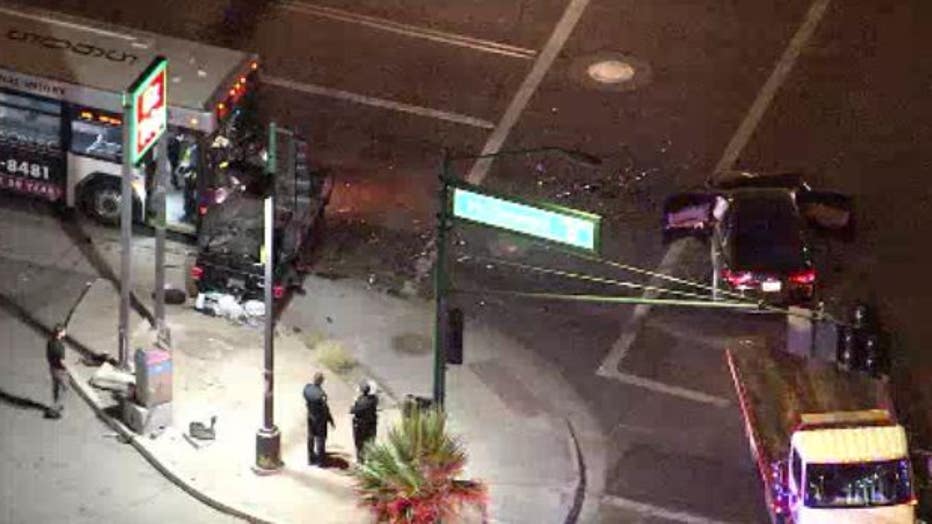