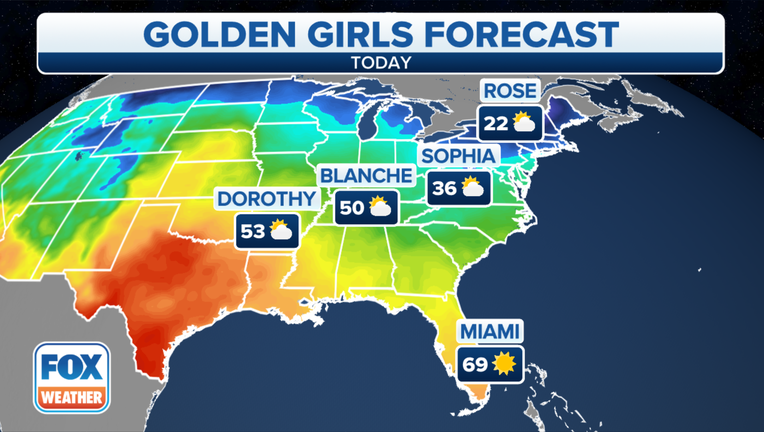 MIAMI - Monday would have marked Betty White's 100th birthday, and with her recent passing, the late actress and "Golden Girls" star still deserves to be celebrated.

If the loss of White has you feeling down, you're not alone. Jan. 17 is known as "Blue Monday." It's not uncommon for people to feel depressed during the winter months due to Seasonal Affective Disorder.

At FOX Weather, we have quite a few fans of White and the "Golden Girls" show based in sunny Miami, Florida. Thankfully, there are towns across America with the same names as the beloved characters. 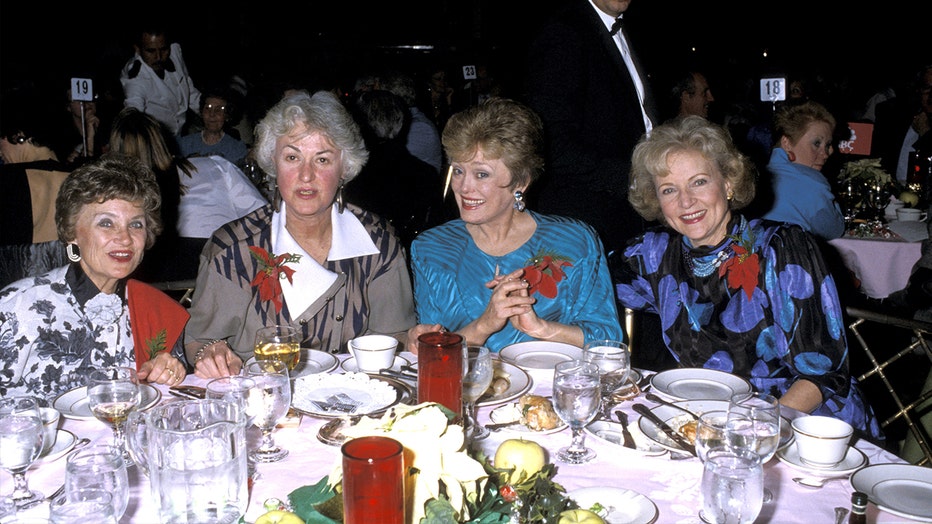 Here's a look at the forecasts for towns with the names of the best roommates on television.

First up, White's character Rose shares a name with the town in Wayne County, New York. A significant winter storm that left icy roads across the Southeast has moved north Monday, bringing snow to Rose, New York and temperatures that will only get to the low 20s on Monday.

RELATED: Betty White Challenge: Ways to honor late actress on Jan. 17, day she would have turned 100

White played Rose Nylund on the "Golden Girls" from 1985 to 1992. She was also known for her work as an animal activist and numerous other acting roles through the years.

Dorothy Zbornak was played by actress Bea Arthur, who passed away in 2009. The town of Dorothy, Arkansas, shares her "Golden Girls" character name.

On Monday, it will warm up to a high of 54 degrees in Dorothy.

Played by Rue McClanahan, Blanche shares a name with a town in Lincoln County, Tennessee.

Tennessee is out of the path of the winter storm now hitting the Northeast, but the town of Blanche won't warm above 50 degrees on Monday.

McClanahan played Blanche Devereaux, the fun Southern Belle on the "Golden Girls," until 1992. The actress died in 2010.

Parts of West Virginia remain under a Winter Storm Warning on Monday, and the town of Sophia will see a high just above freezing on Monday.

Actress Estelle Getty played Sophia Petrillo on the "Golden Girls." A firecracker with quick wit, Sophia had some of the best one-liners on the sitcom.

My personal favorite: "I hate Jell-O. If God wanted peaches suspended in midair, he would have filled them with helium."

Meanwhile, in Miami – where the "Golden Girls" lived on the show – is the only location with warm weather fitting for a 100th birthday celebration. After a chilly start in the low 50s, Miami will warm to a high near 70 degrees.

Even though Rose and the other ladies supposedly lived in Miami. The show was filmed in Hollywood and Los Angeles, California. Exterior shots of homes were filmed in Orlando, Florida, according to IMBD.