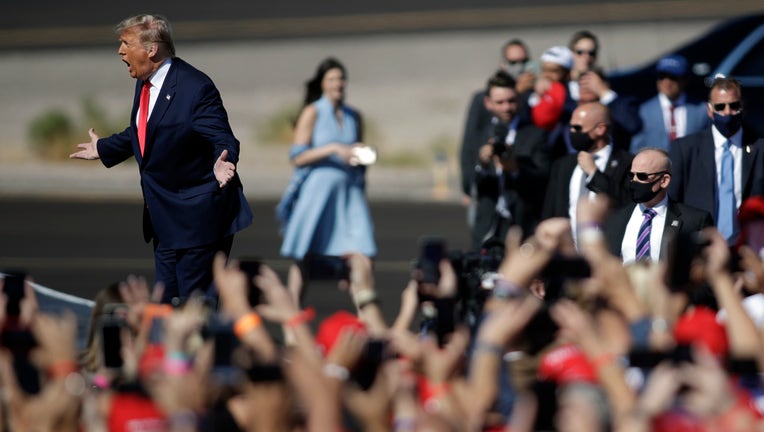 The incident happened at around 1:00 p.m. Arizona Time, according to NORAD officials on their verified Twitter page. An F-16 was sent to investigate, which led to the discovery of a general aviation aircraft that had entered the restricted airspace without proper clearance.

"The violating aircraft was non-responsive to initial intercept procedures, but established radio communications after NORAD aircraft deployed signal flares," NORAD officials wrote. The plane was later escorted out of the restricted area by the NORAD aircraft.

Bullhead City was the site of a rally held by President Trump, who held two campaign events in Arizona on Oct. 28. The incident happened during the campaign event. According to reports from the Associated Press, the President paused his campaign speech to admire a fighter jet flying by.

"I love that sound," President Trump said as the jet roared by his rally in Bullhead City.

The Associated Press (AP) contributed to this report. This story was reported on from Phoenix.