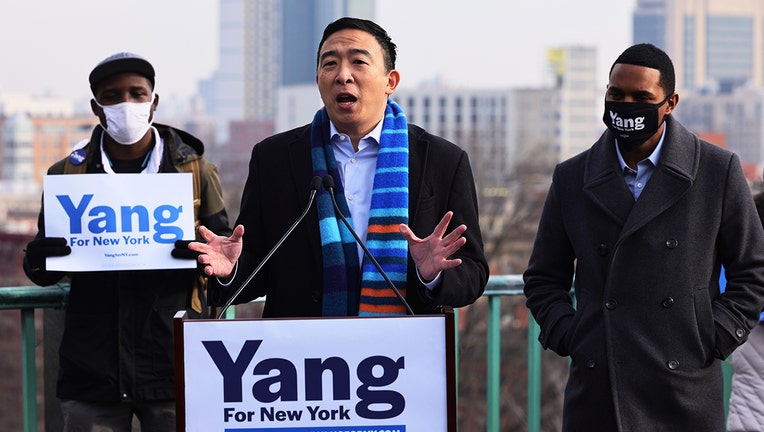 He says after testing negative as recently as this weekend, he had a positive COVID rapid test this week.

Yang says he is quarantining and adhering to public health guidelines including beginning contact tracing to notify anyone who may have been in close contact with him.

He plans to return to the campaign trail after he recovers.  Until then he plans to attend virtual events.

FOX 5 NY speaks with New York City Mayoral candidate Andrew Yang about his run for office and his plans for the city.

Former 2020 Democratic presidential candidate Andrew Yang started his run to succeed Bill de Blasio as Mayor of New York City with a call for a universal basic income for half-a-million of the city's poorest residents.

NYC RENTERS BEHIND $1B ON PAYMENTS

Some political experts say that the biggest issue facing Yang's campaign may be that he isn't considered enough of a New Yorker by voters to lead the city.  That is a notion Yang rejects.

"Anyone who thinks that somehow my New Yorkness is in question can just come and say it to my face and see how ridiculous it is," Yang has said. "I remember walking north away from the crumbling towers on 9/11. I remember getting married to Evelyn at City Hall. I remember having our son at St. Luke's while Hurricane Sandy was turning the lights off all over the city."