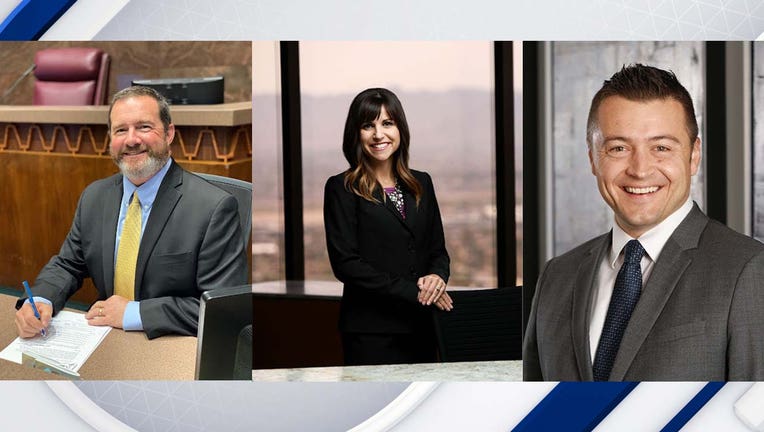 Jim Drake has been chief clerk of the House since 2015 and previously was a deputy secretary of state from 2009 to early 2015. He worked as rules attorney and in other staff jobs for the House from 1996 though 2009.

Drake has a law degree from the California Western School of Law and earned his bachelor’s degree in economics from the University of Arizona.

Halvorson is currently a partner at Jones Skelton & Hochuli and primarily defends insurance companies in complex litigation. She also handles personal injury and wrongful death cases and has served as a pro tem judge. She earned her law degree and an undergraduate degree in political science at Arizona State University.

Miller is currently in private practice at the law firm Fennemore Craig and practices in business litigation and before state and local agencies. He was an assistant Arizona attorney general in the office’s federalism unit from 2015 to 2019 and then worked in the environmental enforcement section as counsel to the Department of Environmental Quality.

Miller earned a law degree from Columbia Law School and his bachelor’s degree in mathematics and history from Hillsdale College.

Drake is an independent, Halvorson a Democrat and Miller a Republican.

Clark has spent his career as a prosecutor with the Navajo County Attorney’s Office, and in 2014 started the office’s veterans court.

He earned his law degree at Pennsylvania State University. He earned an undergraduate degree in political science from Mary Washington University while serving in the U.S. Marine Corps 2000-2004.