PHOENIX - Arizona voters may be able to have their mail ballots counted on-site if they bring them to a polling place in future elections.

Gov. Doug Ducey on June 6 signed a bill authorizing county election officials to count mail ballots on-site, but no counties will be required to allow it.

Anyone wanting to put their mail ballot into a tabulator and watch it be counted will have to show identification as if they were voting in person.

Those who prefer to skip the line, drop off their ballot and leave can continue to do so. Those ballots will continue to be counted at election offices after officials have verified that the signature on the envelope matches the signatures on file.

Meanwhile, Ducey also signed a bill that seeks to get the U.S. Election Assistance Commission to modify the federal voter registration form so that it requires Arizona’s documentary proof of citizenship. Arizona is required to accept the federal registration form, but anyone who does not provide proof of citizenship is only allowed to vote for president, U.S. Senate and House.

The Republican governor also signed a bill making it a felony to knowingly help someone vote in Arizona if they’re registered in another state, such as by forwarding a mail ballot. 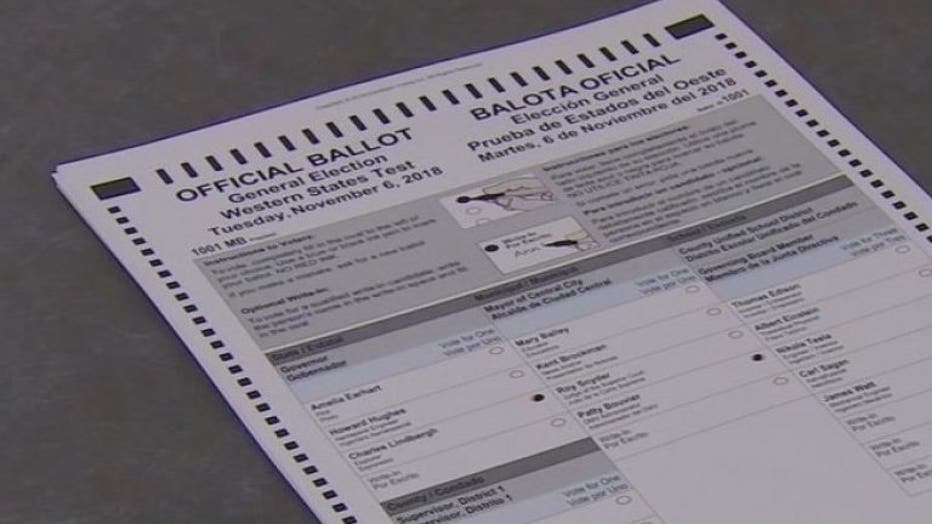